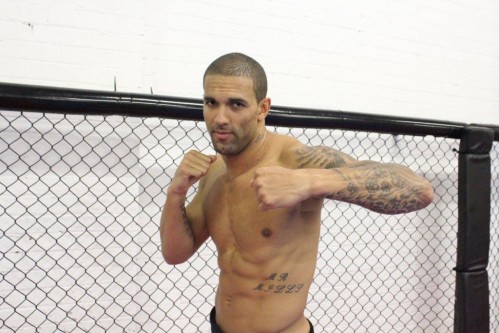 Che Mills‘ camp has announced that their charge will meet Chris Cope at UFC 138. The event takes place Nov. 5 at the LG Arena in Birmingham, England.

Mills was invited to participate in the ninth season of “The Ultimate Fighter.” However, eventual champion James Wilks eliminated Mills and prevented him from entering the house. Since losing back-to-back fights for Jim Wallhead and Yuya Shirai, Mills has won four-straight contests including a decision victory over M-1 mainstay Magomed Shikshabekov. Mills also holds a pair of victories over Dream welterweight champion Marius Zaromskis.

Cope fell out of the competition on the 13th season of “The Ultimate Fighter” when he came up short against eventual runner-up Ramsey Nijem. He then made his debut on the show’s finale and defeated Chuck O’Neil via unanimous decision.

UFC 138 will air on same-day tape delay on Spike TV. The event marks the promotion’s first return to Birmingham since 2008. In the main event Chris Leben and Mark Munoz will face off in the first-ever five-round non-title fight.