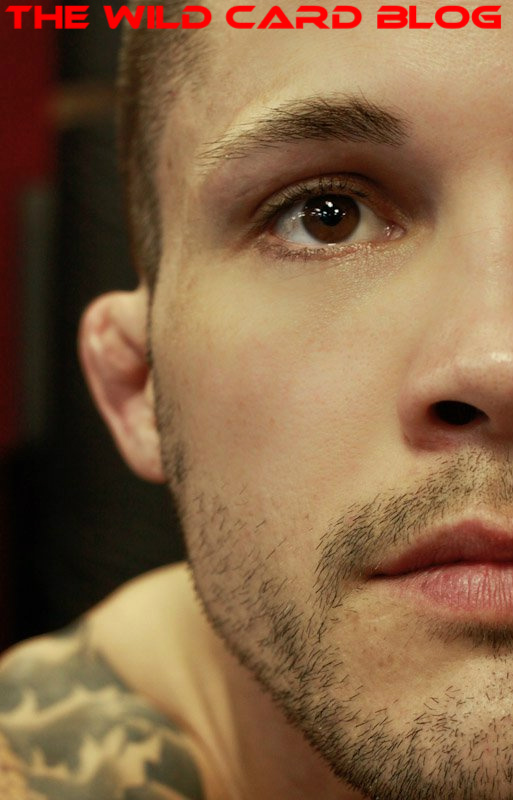 This week I would have to say I am having to put about two weeks worth of training into my weekly blog. Let’s start off by saying I pretty much have moved out to Oklahoma City now, I wanted to be able to have Oklahoma as my central location for traveling and training.

I can still go back to North Carolina to visit family and friends, and especially my son Cayden, and still be able to hit up All in MMA to work on my stand up.

These last two weeks have been a whirlwind for me; I had to corner two of my fighters from Jerry Moreno’s Brazilian Jiu Jitsu. Best part of the process was my guys that I cornered loved the way I wrapped their hands, they called them angry wraps, and let me tell you I had one guy KO his opponent and the other submit his opponent.

I was able to squeeze in a few days of Brazilian Jiu Jitsu at New Bern BJJ in North Carolina, but my main focus was spending time with my son before I had to head out to Oklahoma.

The hardest part of the trip was being all packed up and dropping my son off at daycare. I knew that it could be a little time before we are out eating pizza and having fun, but my son knows the lifestyle and is very supportive.

After dropping Cayden off it was time to put some miles on the truck on my way to Oklahoma City. First stop was Atlanta, Ga. I wanted to to take the southern route; I stopped in at Brian Stann and George Lockheart’s gym, Warrrior’s Legion MMA.

I can say it has been a long time since I’ve seen Brian and it felt pretty good hearing Brian talk to his class. He’s a very powerful and motivational speaker. I got a kick out of hearing Brian tell the guys Jarrod was part of my training camp to help me beat Doug Marshall to win the WEC 205 belt.

I can say Brian and I really came from nothing back in the day; It was pretty much training and family for the both of us. But also being at Brian’s gym, I was able to talk to my nutritionist George Lockheart who runs For Fighters by Fighters.

I had to chat with George who was also an old training buddy from Camp Lejeune. I wanted to know what my heavy walking weight could be for cutting to 135. George reassured me that I am good to go and if need be we can taper up a diet to help me peak for a quick notice fight.

After leaving Atlanta I had to head down to Crestview, Fla., for a seminar that I had set up at Club Jiu Jitsu. I know the owners Dave and Monica Stanford. Monica is the lady that put on the very first MMA event at Camp Lejeune. She is also the same lady that got the go ahead from the Pentagon to have the first MMA event over in Mosul, Iraq.

The seminar went great and the students where very happy with the half guard attacks that I showed. While in Florida I had to take the time and meet up with some of my family in Pensacola; like I always say, always have to make time for family.

The next leg of my trip I headed to New Orleans where I had to make it a point to try some craw fish, and let me tell you, New Orleans and the whole state of Louisiana grew on me big time.

Now I finally made the trip here to Oklahoma City. I am back to training at American Top Team OKC, really working on my wrestling game. My training partners out here in Oklahoma make me look like a white belt in Brazilian Jiu Jitsu, but what can you expect from Division 1 All-Americans helping me out.

I am already planning my next trip out to California to get back to All in MMA and am gonna make it a point to stop at Greg Jackson’s. I’m looking forward to what the future has in store for me!

“The Wild Card Blog” by former XFC Featherweight Champion Jarrod Card is an ongoing weekly blog at ProMMAnow.com that gives readers an inside look into the life of a professional MMA fighter. It is part of our ongoing series of exclusive content written by individuals involved in the mixed martial arts industry.

1 thought on “The Wild Card Blog: Traveling and training”