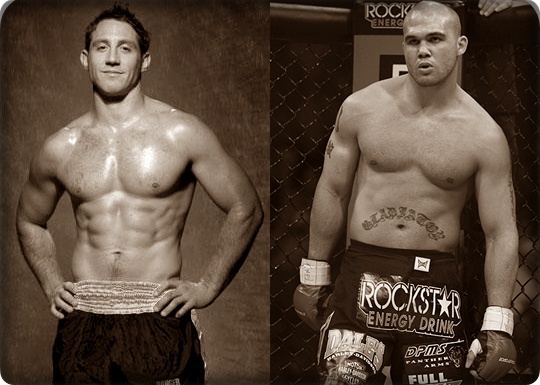 The Strikeforce: Fedor vs. Henderson event will feature a middleweight bout between former title challengers Robbie Lawler and Tim Kennedy. It’s an interesting matchup with the winner possibly getting another title shot against the current champion Ronaldo ‘Jacare’ Souza although both have previous losses to him.

Tim Kennedy comes into this fight with an overall record of (13-3) with 7 wins via submission and 5 wins via TKO/KO. He is coming off a first round submission win over one dimensional striker Melvin Manhoef back in April. Kennedy has good striking but his grappling and cardio attributes are probably his best weapons. Oh, and did I mention he was tough as hell?

Robbie Lawler comes into this fight with an overall record of (18-7) with 15 wins via TKO/KO. He is coming off a 3rd round submission loss to the aforementioned Ronaldo ‘Jacare’ Souza. Both Lawler and Kennedy have wins over Manhoef, but Lawler’s win was more dramatic in that Manhoef was destroying Lawler with legkicks before getting countered with a punch that ended the fight. Lawler is similiar to Manhoef in that he likes to strike and has very good power. He’s doesn’t possess the kicks that Manhoef does, but he probably has better submission defense.

Stylistically this fight mirrors the Kennedy vs. Manhoef fight in that Lawler will want to keep this fight standing and Kennedy will look to exploit Lawler ground game. Over half of Lawler’s losses have come via submission and Kennedy is very adept on the ground. However, Kennedy should be able to strike with Lawler if need be until he can close the distance and get the takedown. Lawler primarily relies on his boxing more so than a combination of hands and feet so Kennedy has less to worry about there than he did with Manhoef. However, Lawler probably has better takedown defense and as mentioned better submission defense than Manhoef.

I expect Lawler to give Kennedy a much better fight than Manhoef did, but ultimately I think Kennedy will be able to take Lawler down and submit him in the second round or thereafter or win a decision.