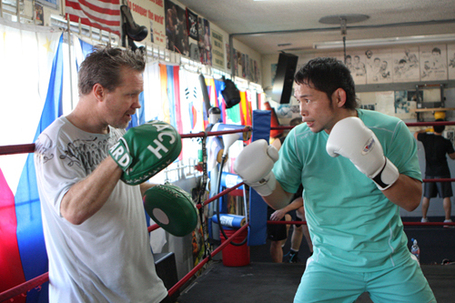 Dream event producer Keiichi Sasahara also indicated that this bout will determine the next challenger for the Dream featherweight title. Hiroyuki Takaya successfully defended his title with a split-decision victory over Kazuyuki Miyata earlier this month.

After an unsuccessful run in the UFC between 2009-2010, Uno returned to Japan and dropped down to featherweight. He dropped his first fight at the new weight to Miyata, but returned at Dream “Fight for Japan!” and scored a unanimous-decision victory over Akiyo “Wicky” Nishiura.

Over the course of his career, Uno has picked up wins over Mitsuhiro Ishida, Ivan Menjivar, Yves Edwards and Rumina Sato.

Inoue finally made his big show debut at Dream 16 after spending his entire career as a poster boy for Shooto. In his promotional debut, he dropped a decision to Miyata. However, in his next fight under the Dream banner, he defeated Deep featherweight champion Koichiro Matsumoto. “Lion” has also defeated Alexandre Franca Nogueira, Hideki Kadowaki, Cole Miller and Antonio Carvalho.