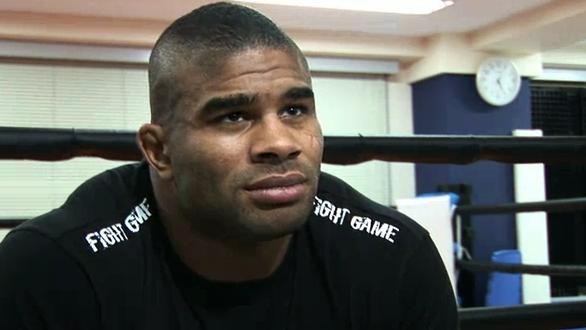 Strikeforce heavyweight champ Alistair Overeem will not fight Antonio “Bigfoot” Silva in the heavyweight tournament semifinals scheduled for Sept. 10, and in fact, has been pulled from the tournament altogether.

Overeem told MMAFighting.com in an interview on Monday that he needed more time to rest and heal after his June 18 win over Fabricio Werdum, and the September date was too soon.

“What’s going to happen next, I don’t know. I’ve had some threats of cutting me out of the tournament if I don’t participate. I don’t know if they’re going to do it. Personally, I don’t like to be threatened.”

Apparently, those words did not sit well with the powers that be, as it has since been confirmed that undefeated heavyweight tournament alternate Daniel Cormier will replace Overeem.

The loss of Overeem in the grand prix, who was considered the favorite by many, is no doubt a disappointment.

Cormier, a 2004 Olympic wrestler, brings a pro MMA record of 8-0. He is 3-0 in Strikeforce, most recently putting on a striking clinic and defeating veteran Jeff Monson via unanimous decision in June.

MMAFighting.com has also confirmed that while Overeem is out of the tournament, he is still employed by Strikeforce and has not been released from the company.