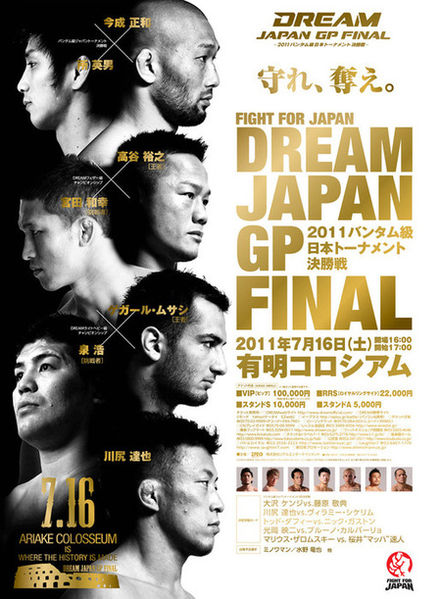 In what was his very first title defense, DREAM featherweight champion Hiroyuki Takaya pulled off a split decision win over 2000 Olympian Kazuyuki Miyata.

And in the DREAM bantamweight tournament final, veteran Hideo Tokoro made it a clean sweep with his win over submission ace and current DEEP bantamweight champ Masakazu Imanari via unanimous decision.

The full results from DREAM.17 are as follows: