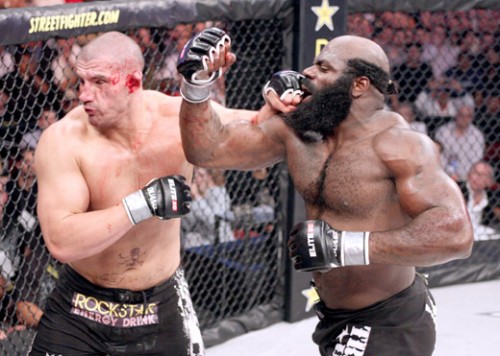 Last month, news broke that Kevin “Kimbo Slice” Ferguson would make his boxing debut on Aug. 13 at the Buffalo Run Casino in Miami, Okla.. Now, an opponent for his debut has been announced. The viral-video fighter will face James Wade.

According to Team Kimbo Promotional Adviser Jared Shaw, “Wade is an American fighter out of Missouri, and he’s 0-1, but he doesn’t want to go 0-2.”

After a series of street fights ended up on the Internet, Slice developed cult-like status. He made his MMA debut against former heavyweight boxing champion Ray Mercer and won in less than two minutes.

For his professional career, he signed with Elite XC and went 3-0 before running into late replacement Seth Petruzeli. Slice was originally slated to face Ken Shamrock on the card, but the veteran was forced out at the last minute.

Slice then failed to win the 10th season of “The Ultimate Fighter.” After the show, he went 1-1 in the UFC with a victory over Houston Alexander.