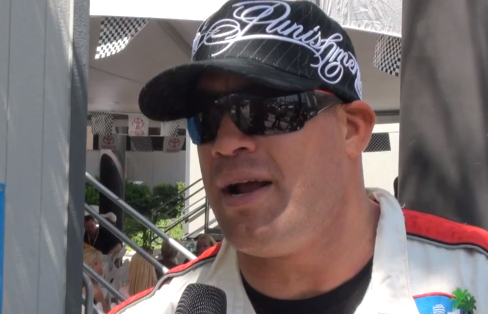 In my UFC 132 preview for Ortiz/Bader I wrote:

I’m probably one of the few people on the planet that is giving Ortiz a shot at winning this fight. The only advantage that Bader has is youth and wrestling, frankly that may be all that he needs at this stage in Ortiz’s career. However, I think Ortiz has better technical striking than Bader with Bader having the edge in power. I don’t think Bader can knock Ortiz out as Ortiz has shown that he has one of the best chins in the business over the years. Bader’s cardio has been questionable at times in his career and he just might be overlooking a Tito Ortiz that knows his back is against the wall in this fight.

I didn’t pick Tito Ortiz because the odds certainly were not in his favor, but stylistically he matched up well with Ryan Bader in my opinion. I felt that Bader’s standup was a little wild and not as technically sound as Ortiz. Ortiz has never shown big KO power, but he has shown adequate standup ability in his fights so I thought Bader would try to take him down. That very well may have been the plan but Ortiz was able to connect with a solid hook/uppercut and put Bader down. The interesting thing is that Ortiz went for the guillotine to try and finish Bader which was a pretty risky move. It seemed as though he started to go for the guillotine initially, backed off and then decided to really go for it and got it.

I tweeted that I’ve never been a big fan of Ortiz, but I was rooting for him last night. As fans we always want to see one last great performance from athletes that are past their prime and that’s exactly what we got from Ortiz last night. The emotional high that Ortiz exuded as he finished his patented gravedigger routine and jumped on the cage to celebrate with his fans was memorable.

He has shown that he can compete with the upper echelon of the division, but was just coming up short when fights went to the judges. I think that’s still the same case with most of the top guys, but he can beat a lot of guys depending on how they match up with him stylistically.

Ortiz will more than likely get at least two more fights inside the octagon, so it’ll be interesting to see who he faces next. If I had to bet I would say he’ll face the winner of Forrest Griffin vs. Shogun RuaII. Stylistically, he matches up with both of those guys because of their poor takedown defense and of course he and Griffin need one more fight to settle the score should Griffin defeat Rua again.

Congrats Tito, you turned back the clock, if only for a little while.