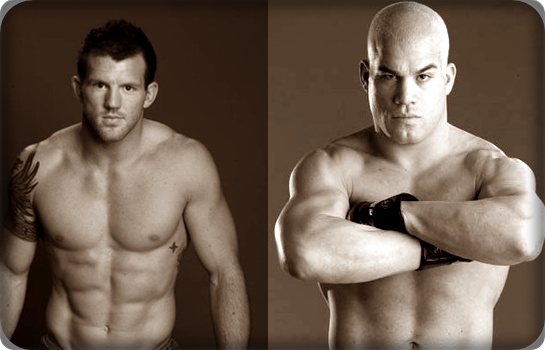 At UFC 132 former UFC light heavyweight champion Tito Ortiz will participate in the most important fight in his MMA career as he’ll be taking on TUF 8 winner Ryan Bader. Ortiz hasn’t won a fight since defeating Ken Shamrock in 2006, and will more than likely be released from the UFC with a loss this weekend.

Ryan Bader comes into this fight with an overall record of (12-1) with 5 wins via TKO/KO and 3 wins via submission. We last saw Bader in action at UFC 126 where he was dominated by the now current light heavyweight champion Jon Jones. Bader is a decorated wrestler with good power in his hands, but questionable cardio at times.

Tito Ortiz comes into this fight with an overall record of (15-8) with 8 wins via TKO/KO. We last saw Ortiz in action against Matt Hamill at UFC 121 losing via unanimous decision. As mentioned earlier, Ortiz hasn’t won since defeating Ken Shamrock in 2006. He has lost 4 fights with one draw since that victory, but most of those losses have come against high caliber competition. Ortiz has undergone two surgeries(neck and back) in this time span which has ultimately had an affect on his performances. Ortiz has competent striking, solid wrestling, and a underrated submission game. He was known for having outstanding cardio at one time, but he has faded really bad in the latter half of his fights lately.

I’m probably one of the few people on the planet that is giving Ortiz a shot at winning this fight. The only advantage that Bader has is youth and wrestling, frankly that may be all that he needs at this stage in Ortiz’s career. However, I think Ortiz has better technical striking than Bader with Bader having the edge in power. I don’t think Bader can knock Ortiz out as Ortiz has shown that he has one of the best chins in the business over the years. Bader’s cardio has been questionable at times in his career and he just might be overlooking a Tito Ortiz that knows his back is against the wall in this fight.

The million dollar question is can Ortiz stop Bader from taking him down?

He certainly couldn’t stop Matt Hamill from doing it, so you have to think that Bader will be successful on some of his attempts if he decides to go there. I think Bader feelshe can stand with Ortiz, and he probably will strike long enough to set up the takedown. Ortiz does have a ground game, so Bader will have to be careful there as we saw Jon Jones lock up a choke rather easily in Bader’s last fight.

If Ortiz is in shape and if Ortiz can be successful in shutting Bader’s wrestling down, he has a real shot at winning this fight. Otherwise, it’ll be more of the same with Ortiz showing that he’s capable of being competitive at times but still coming up short when the fight goes to the judges.