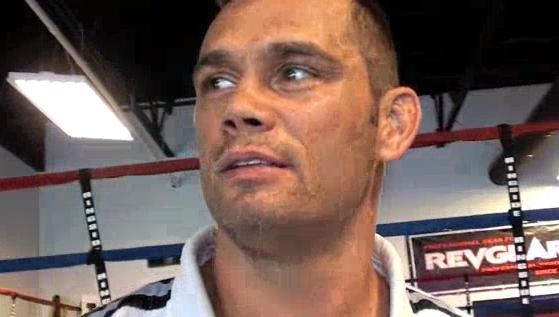 Las Vegas, Nev. – Jen Wenk, APR, today announced that her firm, StarPR Las VegasTM, has signed a deal with UFC® legend Rich “Ace” Franklin to serve as his public relations representative and counsel. Franklin is a former UFC Middleweight Champion, and is one of the most popular UFC fighters in the history of the sport.

StarPR Las VegasTM will provide public and media relations services for Franklin to further expand his presence in the sports industry, while developing media strategies to support his future endeavors and professional pursuits.

“Rich Franklin is a legend, a champion, an ambassador for the sport, and simply one of the most respected athletes in the business,” said Jen Wenk, President, StarPR Las Vegas. “Over the years, he has helped the UFC crossover into the mainstream and become the fastest growing sport in the world, and it is absolutely my honor to work with him.”

“I have worked with Jen Wenk since 2005, and I know her track record and what she accomplished for the UFC through public relations,” said Rich Franklin. “I am excited to have Jen on my team, and I look forward to a long and successful relationship with her and StarPR Las Vegas.”

Rich “Ace” Franklin (28-6-0-1) is one of the most competitive fighters to ever step into the OctagonTM. He made his professional fight debut in 1999, running off an undefeated 12-0 streak before entering the UFC. In his first bout with the promotion at UFC 42, he vanquished the late Evan Tanner. After a 7-1 run, Franklin earned a middleweight title shot against Tanner, setting up an anticipated rematch between the two. “Ace” enjoyed arguably the crowning achievement of his career when he stopped the title-holder in the fourth round of their bout, becoming the new UFC Middleweight Champion.

During his time in the sport, Franklin has faced the virtual “who’s who” of top fighters, including Lyoto Machida, Anderson Silva, Dan Henderson, Wanderlei Silva, Vitor Belfort, Chuck Liddell, and Forrest Griffin. There is much more to “Ace” than what happens within the confines of the cage, however. He holds a bachelor’s degree in mathematics, as well as a master’s degree in education, and is a former high school math teacher. Franklin, along with associate Jeff Adler, created the Keep It In The Ring Foundation, a non-profit organization that advocates non-violence and builds character in youth. “Ace” also made his film debut when he starred in Cyborg Soldier in 2008. In addition, he has served as the spokesperson for the Disabled American Veterans organization since 2008.

In his next fight at UFC 133, Rich will face off against light heavyweight Antonio Rogerio Nogueira as the featured co-main event of the night.