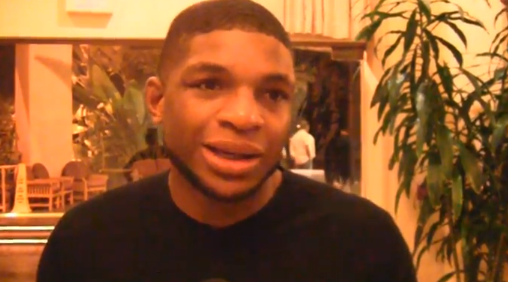 Paul Daley‘s management team has announced that their charge will meet Evangelista “Cyborg” Santos on Strikeforce “Fedor vs. Henderson.” The card takes place July 30 at the Sears Centre in Hoffman Estates, Ill.

In his last outing, Daley challenged Nick Diaz for the Strikeforce welterweight belt. Diaz stopped the Brit with only three seconds left in the first round. Both fighters hit the canvas in the lone round. The defeat snapped a four-fight winning streak. Daley defeated Daniel Acacio, Jorge Masvidal, Scott Smith and Yuya Shirai since being released by Dana White and the UFC.

Daley went 2-1 in the UFC, but was suddenly released after dropping a decision to Josh Koscheck. After the fight ended, “Semtex” landed an extremely late and illegal punch.

Interestingly enough Santos is also coming off a title-fight loss against Diaz. Back-to-back wins over Daniel Zarate and Dream champion Marius Zaromskis, “Cyborg” received a shot against Diaz. After dominating the fight early with leg kicks, Diaz submitted him with an armbar late in the second round.