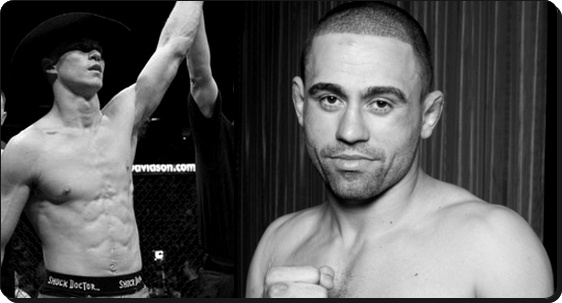 It’s fight week again and UFC 131 will be taking place this weekend in Vancouver, British Columbia.

As always we’ll be previewing the main card matchups and the first fight we’ll touch on is a lightweight matchup between Donald “Cowboy” Cerrone and Vagner Rocha. Rocha is stepping in for Cerrone’s original opponent Mac Danzig who had to pull out of the bout due to injury.

Rocha comes into this fight with an overall record of (6-1) with 4 wins via submission and 1 win via TKO. Rocha is a Bellator and Strikeforce veteran that’s a specialist in Brazilian jiu-jitsu. He has good size for a lightweight and is almost as tall as Cerrone which is not common for most of Cerrone’s opponents.

Cerrone comes into this fight with an overall record of (14-3) with 12 wins via submission. Cerrone has won his last three fights after losing to former WEC lightweight champion Ben Henderson for the second time. Cerrone is a former muay thai fighter with good size and has developed a good gr0und game as evident by the number of submission wins on his record. The weird thing is that Cerrone has zero knockout wins even though he’s versed in muay thai and likes to stand and bang it out with his opponents most of the time.

Cerrone is the betting favorite in this fight.

This fight is fairly simple in that Rocha will want to get this fight to the ground to work his submission game and Cerrone can either choose to keep the fight standing or battle Rocha on the ground. While Cerrone is versed in submissions, his best bet is to just keep the fight standing and use his striking game to beat Rocha up. There’s no sense in fighting to a guy’s strength when you are superior than him elsewhere. The key will be Cerrone being able to stop the takedown, or not. If he’s able to stop the takedown it’s his fight to win.

Rocha will need to get this fight to the ground and he can do so by attacking early and closing the distance on the taller Cerrone. Cerrone is a notorious slow starter and will give up takedowns at times when guys get in deep on his legs. Cerrone is no slouch off of his back as his length helps obtain triangle chokes(won via that method 6 times) and keeping his opponent on the defensive. However, we’ve seen what going for submissions and not getting them has gotten Miguel Torres and Anthony Pettis lately.

I like Cerrone to win this fight via decision.