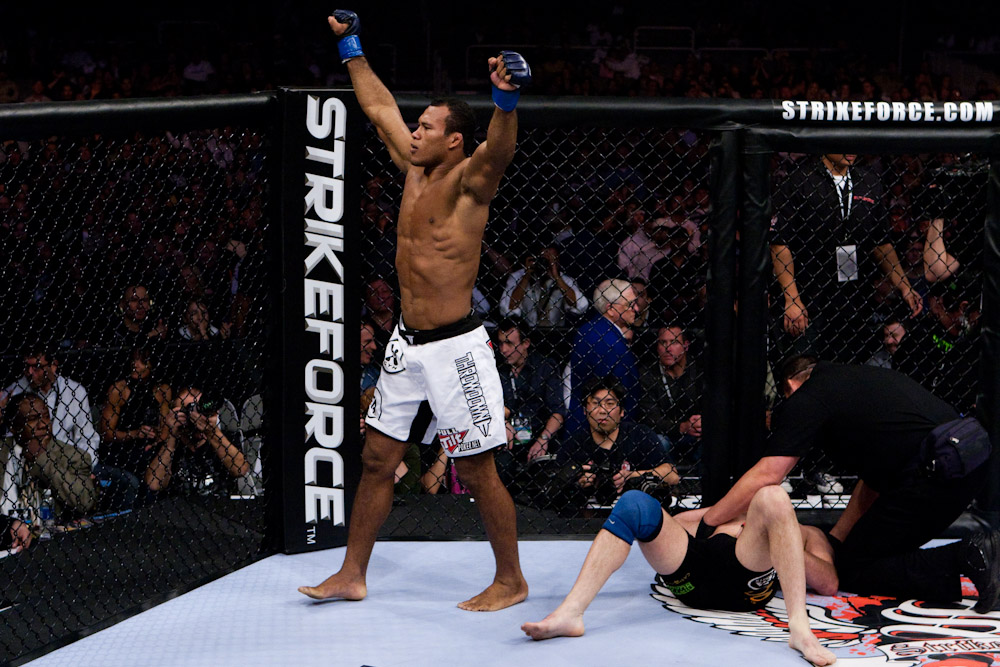 A long rumored middleweight title fight between Strikeforce champion Ronaldo “Jacare” Souza and Luke Rockhold has been confirmed by Rockhold via Twitter. Since then, multiple media sites have also confirmed the contest.

According to rumors, the title fight was scheduled to be a part of Strikeforce’s upcoming show on July 30. However, now it is certain that the contest will headline a Sept. 10 show.

After Jake Shields departed Strikeforce for the UFC, “Jacare” and Tim Kennedy squared off for the vacant belt with Souza taking home the unanimous-decision victory. He has since defended the belt with a third-round rear-naked choke victory over Robbie Lawler last January.

“Jacare” made his MMA debut in 2003 after having already built an impressive resume on the grappling mats. So far in his MMA career, he has defeated Jason “Mayhem” Miller, Joey Villasenor and Olympic medalist Matt Lindland.

Rockhold is one of the few fighters who has been developed by Strikeforce. He made his promotional debut in 2008 after going 1-1 on local shows. Rockhold has won all six fights under the Strikeforce banner. In his last fight, he scored a first-round knockout over NCAA All-American wrestler Paul Bradley.

Check back to ProMMANow.com for more details on Strikeforce’s Sept. 10 card.