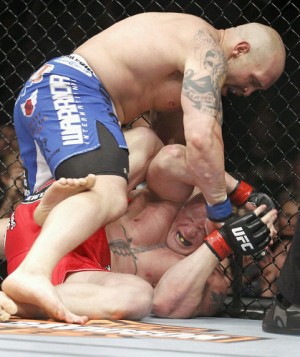 It has been a steady diet of MMA the past couple of weeks and now we look forward to UFC 131 that will take place in Vancouver, British Columbia, this coming weekend. The event will be headlined by a heavyweight showdown between Shane Carwin and Junior dos Santos.

Of course, Brock Lesnar was scheduled to face Dos Santos but had to pull out of the fight due to his health issues. The event looks somewhat lackluster on paper because there’s not a lot of star power, but there are some interesting things to look for going forward. Check it:

So there you have it. A huge heavyweight matchup with title shot implications. We have a top lightweight fighter dropping down for his featherweight debut. We have a huge middleweight matchup that will determine if one fighter is still relevant, and if the other is on the rise. We’ll see a good heavyweight prospect make his promotional debut, and a middleweight prospect back in action again. Be sure to stay turned to Pro MMA Now for previews of each fight on the main card each day this week!