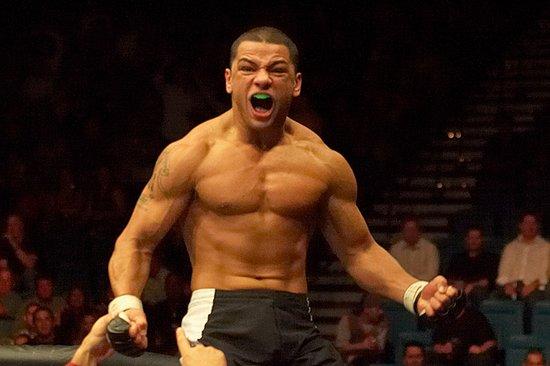 Thiago Alves is one of the best welterweights in the world. He’s a devastating striker with huge size, good power, and good takedown defense. However, he has found himself on the losing end in three of his last four fights.

Granted, he was facing the #1 and 2 welterweights in the world in two of those three losses. Rising prospect Rick Story followed the gameplan set by Georges St-Pierre and Jon Fitch to score a big upset this past weekend at UFC 130. In the preview I wrote:

The key to this fight for Story will be to apply constant pressure to Alves the entire fight. Alves doesn’t like to be crowded, nor taken down and placed on his back and Story is quite capable of doing both of those things. It’ll just come down to gauging his range carefully and avoiding getting into a striking battle with Alves. I would expect Story to put Alves against the cage and initiate a clinch game to try and work a takedown of some sorts. Alves has solid takedown defense, but it’s not even close to being elite so Story could have some success.

That was pretty much the gameplan for Rick Story as he keep himself glued to Alves to negate the space needed for Alves to get off his vaunted striking game. However, he did stand in the pocket on several occasions and got the better of the exchanges the majority of the time except for the final round. Story said the gameplan was to not necessarily to put Alves on his back, but to just make him work the entire time and keep him on the defensive. That’s exactly what he did for about 2 and a half rounds on Saturday night.

Of course you can make a gameplan, but executing it is another ballgame. If I can write out the gameplan to beat Thiago Alves, to be sure guys with much more MMA experience than I can as well.

Why is it that Alves and camp have failed to make the necessary adjustments to be successful against fighters with ‘grinding’ styles?

I realize that high level wrestlers have elite core strength, so doing what I’m about to say isn’t that simple. However, it seems clear to me that Alves would want to concentrate on learning how to disengage from the clinch position that allows guys like Rick Story and Jon Fitch to impose their will. Alves spent entirely too much time with his back against the cage with Story controlling him, landing big knees to his thighs, and dragging him to the floor zapping his cardio. We all saw what Alves was capable of in the final round as he was able to create space and land big power shots to the head of Story. Some of that success was due to Story being fatigued from the grinding style he was using against a huge welterweight, but some of that was Alves realizing what he needed to do to be successful as well.

Alves is still really young in this sport as he’ll turn 28 years old later this year. He has time to make the changes in his game to be a contender again. The question is will he evolve his game to match up better stylistically against high level wrestlers with grinding styles, or will he be the top ten welterweight that continues to lose to them?