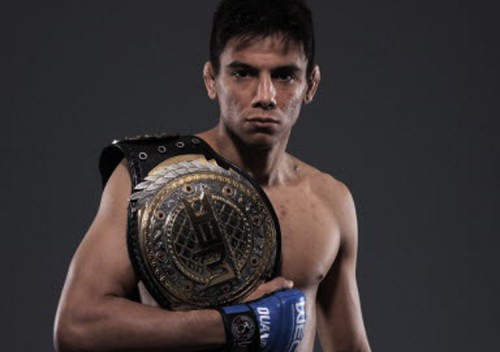 A few weeks ago on the MMA Outsider Podcast, I accidentally created what is now known as the “Theory of Two Dudes Bangin’ Each Other.” For readers who do not listen to the show, which I am assuming is a majority, I will sum up the theory.

Despite the advances of MMA as a sport, at its core it is still simply two men fighting against each other. The only acts more primal than fighting are eating, drinking and fornicating. When explaining a fight to a novice fan, you can wax on about the finer points of a D’Arce choke, but chances are they see it only as “two dudes bangin’ each other.”

UFC President Dana White has often stated that this is one advantage MMA has over other sports. American Football has all these arbitrary rules that are confusing to even some ardent fans, let alone foreign sports enthusiasts. On the other hand, MMA is pretty easy to pick up. For example, I think anyone who watched Travis Browne–Stefan Struve over the weekend knows who won.

While the “Theory of Two Dudes Bangin’ Each Other” might make the marketing of the sport in international markets simpler, it is also restraining its development. A bantamweight fight on last Saturday’s UFC 130 card is a prime example.

After three rounds of fighting judges Dave Hagen, Glenn Trowbridge and Tony weeks awarded Demetrious Johnson a unanimous-decision victory over Miguel Torres. According to all live play-by-plays I could find, Torres deserved the nod.

One of the things that is most aggravating about judging in MMA is that people act as if it is subjective. For the sake of argument, let’s define both subjective and objective with a little help from the fine folks at Merriam Websters.

Objective Judgments = expressing or dealing with facts of conditions as perceived without distortion by personal feelings, prejudices or interpretations

Clearly, it is impossible to be entirely objective. Everyone has their own personal prejudices or biases that pervade on a subconscious level. However, judges are required to try to be as objective as possible. After all, they are supposed to use the Unified Rules of MMA to determine a winner. Here are the rules to determine effective grappling.

I could spend the next few paragraphs breaking down the fight technique by technique to prove that Torres won. However, that is not really the point of this article. Even if I did break down the fight, someone would still say “I think Johnson won” and that is due to the “Theory of Two Dudes Bangin’ Each Other.”

When the dust settles, there should be some objective and correct way to judge a fight. The fact that all media cards basically agreed is a step in the right direction. It is a shame that only the judges’ cards count. If everyone is sane and using the Unified Rules of MMA as a guide, everyone should arrive at a similar conclusion. This is not a pipe dream, because it exists in other sports.

At the 2002 Olympics, it appeared as if Canadians Jamie Sale and David Pelletier had performed their way to the gold medal. However, the judges awarded the win to the Russian team of Yelena Berezhnaya and Anton Skiharulidze. To those familiar with the sport, it was so bizarre that there was a subsequent investigation, which eventually discovered that French judge Marie-Reine Le Gougne had been pressured to put the Russians first.

At this point, I would even settle for fact based arguments in MMA instead of “that dude did more bangin’ than the other dude.”