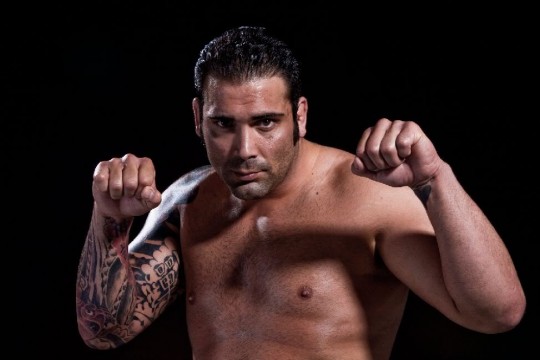 PHOENIX — Ricco Rodriguez (46-11) ran into trouble with the law this past weekend, with the former UFC heavyweight champion being arrested Sunday in Arizona on charges of assault and resisting arrest.

As first reported by a local Fox affiliate, Rodriguez had taken a taxi cab to a bar in Ahwatukee and after allegedly refusing to pay more than $20 for the $70 fare, an argument ensued and the taxi driver called 9-1-1.

Rodriguez then grabbed the man and tossed him to the ground, according to police. Once officers arrived apparently Rodriguez put up quite a struggle as it took three of them to get the MMA fighter under control.

According to the report, Rodriguez pushed one of the officers into a wall causing minor injuries during the scuffle.

“It’s our policy to handcuff behind — that did not occur. He was struggling with the officers, flailing his arms… one of the officers was pushed against the wall, and we believe at that point he sustained a minor injury or cut to his elbow.”

Despite some problems with substance abuse and a stint on VH1’s Celebrity Rehab with Dr. Drew, the 33-year-old veteran has maintained a very active and relatively successful MMA career.

Rodriguez is currently riding an 11-fight win streak, most recently defeating TUF 11’s James McSweeney at BAMMA 5 back in February.

There is no word as of yet when Rodriguez is due in court.