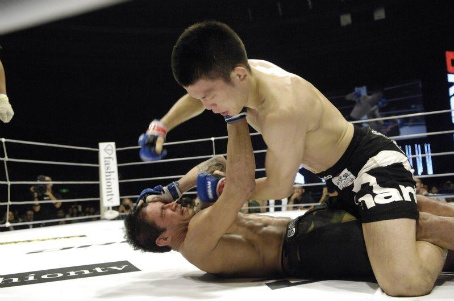 Shinya Aoki‘s carousel of opponents has finally stopped on Rich Clementi. The lightweights will face off at Dream “Fight for Japan” on May 29 at Saitama Super Arena in Saitama, Japan.

TUF veteran Shane Nelson had signed to face Aoki after Antonio McKee pulled out of the contest. However, according to sources Aoki nixed the bout and instead chose to fight Clementi. According to MMAJunkie, Nelson was awarded with a two-fight contract with Dream.

In the last few weeks, Aoki has also been linked to Willamy Freire and Jamie Varner.

Clementi, a veteran of over 50 fights, is coming off a loss against Reza Madadi at Superior Challenge 7. Over the course of his career, “No Love” has defeated Mike Budnik, Melvin Guillard and ZST ace Naoyuki Kotani.

The Dream lightweight champion will be looking to win his fifth-straight fight since dropping a decision to Strikeforce champion Gilbert Melendez. During his current winning streak, Aoki picked up victories over Tatsuya Kawajiri and Lyle Beerbohm.

One thought on “Shinya Aoki now matched with Rich Clementi”