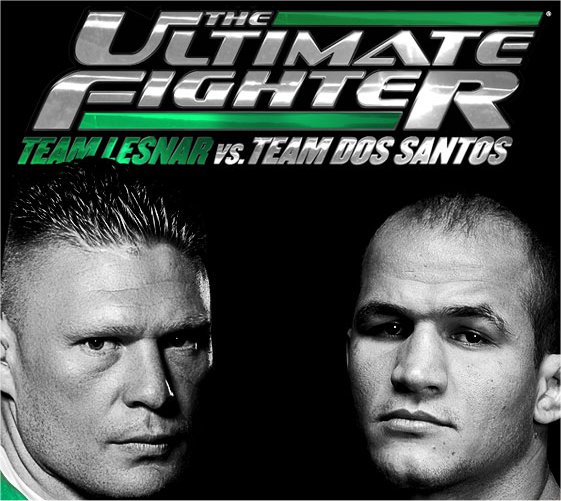 The seventh episode of “The Ultimate Fighter: Team Lesnar vs. Team dos Santos” begins with Dana White announcing who will be getting a second chance in the competition as wildcards. The announcement comes, and it is Javier Torres and Chuck O’Neil who is selected.

The decision doesn’t sit well with Len Bentley who feels that he fought the hardest and that he deserved a second shot at winning the competition.

Len decides that a one-on-one with UFC president Dana White is the best way to get immediate results for his issue.

Instead of complaining about not being picked for the wild-card slot, Len instead lobbies for a shot at ProMMAnow.com TUF 13 blogger Ryan McGillivray on the undercard of the finale.

Dana’s reaction is one of confusion as he then proceeds to explain the decision to Len.

“Nobody felt like you wanted this thing bad enough,” Dana says. “If you had grabbed me two hours ago, we wouldn’t even be having this conversation.

Len is visibly upset in the locker room, but Brock explains that nobody should be complaining about not making one of the wild-card slots, considering every single fighter had their chance to win a spot to advance with their previous bouts.

Len continues his tirade back at the house, telling anybody and everybody that he feels that he’s better than both of the guys that were picked, and that he just doesn’t agree with the decision that Dana made, and furthermore, doesn’t feel that his coach pushed hard enough for him to be selected.

Ryan McGillivray sees an opportunity to “stir the pot” a bit, telling O’Neil that he had heard that his injured knee had something to do with him being overlooked for one of the wild-card slots.

At the training center, Javier Torres is ready to prove that he is worthy of being one of the fighters selected to get another chance to win the competition. Coach Dos Santos spends some one-on-one time tweaking a couple of things that he feels Torres can improve on.

For the Team Lesnar training session, Len continues his ranting and raving, and finally confronts his coach about his feelings. Coach Lesnar admits that the knee did in fact play a role in him not getting selected, but that in the end, Dana made the final decision.

After the explanation, Len seems to just shrug off the conversation and returns to training.

Brock then turns his attention to Chuck O’neil, and from his fighter’s demeanor and seemingly lack of enthusiasm, the former UFC Heavyweight champion believes that the decision of O’neil being picked may have not been a wise one.

Back at the house, Chuck trims his overgrown beard trying to shed his nickname of “Trashbag Charlie.” After the shave, Chuck seems ready to go, and is very responsive in training, giving his coach a much more confident feeling about the outcome of the upcoming fight.

The drama then turns to Chris Cope, who is running around the house growling and making noise until Shamar Bailey finally becomes fed up. Bailey confronts Cope in the kitchen about being woken up every morning to an enthusiastic but annoying “Whoooooooo!” from Cope. Bailey makes it clear that if he gets the chance, he will fight Cope, and will in fact, shut him up.

Next up is the coaches challenge, and this time around it’s football, which would seem to favor Lesnar considering he tried out and nearly made an NFL roster. The challenge also happens to take place at White’s former high school where he graduated.

The challenge consists of several skill challenges to include agility drills, kicking, passing, and catching, concluding with a sprint the entire length of the football field to crown the winner. The stakes are high: $10,000 for the winning coach, and $1500 each for each of the winning team’s fighters.

The challenge starts very evenly with both coaches going through the obstacles at nearly the same time and at the same pace. Dos Santos creates a lead by beating Lesnar in the field goal portion of the challenge, putting the ball through the uprights first, enabling him to move on to the next challenge. From there Dos Santos runs away with the competition, running back a catch a full one-hundred yards, punctuated by a front flip into the end zone.

Even in victory, Dos Santos is gracious, spreading out his $10k to Brock’s fighters. As for Brock himself, Dos Santos explains that he should get nothing considering he lost the challenge head-to-head.

At the weigh-ins, Dana gives his thoughts on each of the wild-card fighters, saying that Torres was less than impressive in his first showing, while O’Neil looked ready to fight no matter where the fight may go.

Both of the fighters also explain that they plan on making the most of their second chance.

“This time I want to show everybody why I’m here,” said Torres. “I’m training hard for this, making proud all the people that believe in me.”

“If you were impressed by that first fight, then buckle in, because if you see the real me it’s going to be a hell of a lot better,” said O’Neil. “So get ready for that.”

It’s time to see who will be advancing in the wild-card fight.

Round 1 – Both guys exchange kicks after briefly feeling each other out, then Chuck puts together a combination, comes forward and clinches. Chuck presses Torres against the cage and looks for the trip take down but Torres defends. Torres turns him into the cage and listens to his corner who is calling for knees. He lands a few, then Chuck turns him and puts him back on the cage. Chuck lands a right hand on the break and Torres acknowledges the strike with a nod of the head.

Torres comes forward and locks his hands trying for a trip take down after clinching. Chuck defends than attacks for a take down of his own. So far neither guy has taken control, and neither can get the fight to the mat.

After a low blow lands from Torres, Herb separates the fighters and gives Chuck some time to recover. Chuck is ready and after the restart, he throws a few head kicks, although a couple of them miss their mark. Chuck to the body with a kick, then Torres wades in recklessly throwing winging punches but lands a nice right hand.

Back to the center of the cage. Another kick for Chuck. Torres comes forward and eats a counter left hand from Chuck. Back to the clinch and Chuck is once again looking for a take down with a single, then switches to a high crotch before abandoning the attempt.

Torres turns and puts Chuck into the cage then lands a right hand with about 13 seconds remaining. Close first round, but ProMMAnow.com scores the first round 10-9 for Chuck.

Round 2 – Straight right hand for Chuck, then a leg kick. Lots of hand-checking in the center of the cage. Another right hand lands for Chuck. Torres scores with a left hand, then Chuck comes back with a kick to the body. Torres looks tentative and is hesitating on letting his hands go.

Torres clinches, Chuck defends, turning Torres into the cage. Torres uses a throw and puts Chuck on the mat. Torres lands in side mount but cannot keep Chuck on the floor. Chuck stands giving up his back, and Torres transitions looking for a rear naked choke.

Torres leaves too much space, and Chuck turns into him, then takes him down. Chuck is now on top. Chuck isolates the left arm of Torres and is looking for a kimura. Torres maintains half guard but Chuck is looking to pass, cannot, then starts cranking on the arm again. Torres defends and finally frees the arm. Torres tries to shrimp out and almost gives up full mount, but then retains half guard.

Chuck goes for the left arm of Torres again, but once again, Torres frees the arm. Torres tries to sweep, but after a scramble, Chuck locks up an anaconda, locks up the leg of Torres to secure his body and gets the tap.

A preview of episode eight shows a glimpse into the quarterfinal match ups, and with that we are one step closer to seeing who will fight in the finals at the live TUF 13 finale.

Be sure to stay tuned to ProMMAnow.com on Thursday for Team dos Santos fighter Ryan McGillivray’s TUF 13 blog for episode seven. Ryan will give us a behind-the-scenes breakdown of this episode just as he does each week.

See ya next week for the episode seven recap!