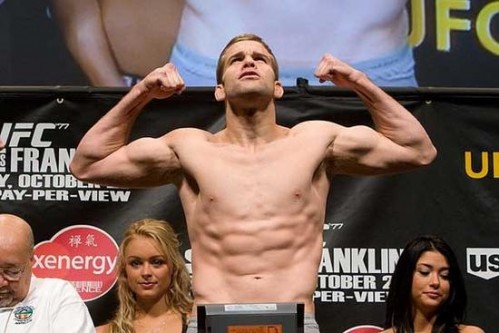 Middleweight Ryan Jensen has been released from his UFC contract after coming up short against Jason MacDonald at last weekend’s UFC 129.

Jensen released the news on his Facebook page and indicated that he was leaving Jackson’s MMA to return to his own personal gym.

“[N]ow it is time to turn the page! I want to say thanks to Jackson’s MMA and all the Caoches and Training Partners and to all the Friends/Family I have met along the way,” Jensen said. “Back to Coaching and helping out at my Gym Premier Combat Center in Omaha!”

Jensen made his UFC debut back in 2007, but was dropped from the promotion after back-to-back losses. He returned in 2008 and went 2-4 with victories over Steve Steinbeiss and Jesse Forbes.