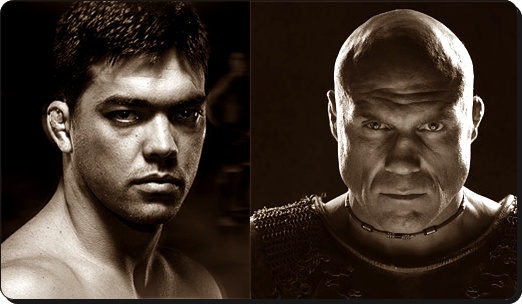 This will be the third preview from the UFC 129: St. Pierre vs. Shields card that will take place in Ontario, Canada, this Saturday night.

It will pit one of MMA’s legendary figures in Randy Couture as he fights in what could be his swan song against former UFC light heavyweight champion Lyoto Machida.

Couture is one of the best at finding his opponents weaknesses and developing game-plans to exploit them. He has a great clinch game, serviceable stand up skills, and likes to apply lots of pressure on his opponents. Couture has won his last three fights with 2 of them being against questionable competition and the other a controversial split decision win against Brandon Vera.

Lyoto Machida comes into this fight after back to back losses, and arguably three losses in a row since many felt he lost to Shogun Rua in their first match up even though the judges gave Machida the nod on the scorecards. Machida has an overall record of (16-2) with 5 wins via TKO/KO and 2 submissions to his credit. Machida is a karate practitioner but he is well versed in jiu-jitsu and judo. Machida is unorthodox in his striking which causes his opponents a lot of problems, and also has underrated power in his strikes when he chooses to be aggressive.

Linesmaker has Machida as the betting favorite at (-330) and Couture in the familiar role as underdog at (+250).

The odds are really stacked against Couture here. He doesn’t have the speed, striking skills, or power that Machida does. However, he is great at game-planning as I mentioned earlier and he’ll need all that and more to pull the win out on Saturday night. He obviously will need to close the distance and clinch with Machida to negate the speed and striking advantage that Machida has over him. Couture is a master at dirty boxing against the cage and using the cage to get take-downs as well. It’s true Machida has never fought anyone like Couture, but I just don’t see Couture having much success in cutting off the cage to engage Machida.

Machida’s background in judo has allowed him to shrug off much larger fighters or even take them down while avoiding their take-down attempts. Couture admittedly had trouble adjusting to training partners trying to mimic Machida’s style. If he had trouble with that, I can only imagine what it will look like when he faces the real deal because Machida moves more than nomadic herders.

The glaring thing that sticks out to me is that Couture has been dropped in three straight fights(I don’t count the Coleman/Toney fights). He was dropped by Brock Lesnar, Antonio Rodrigo Nogueira, and Brandon Vera dropped him with a kick to the body. None of those guys bring the speed and striking skills that Machida does, and it’s clear that Couture can not take the same amount of punishment as he has gotten older. We’ve seen Machida put away Rashad Evans who has a very solid chin. We’ve seen Machida hurt an iron chinned Rampage Jackson. I just don’t see Couture going 15 minutes with Machida without getting clipped at some point either coming in to close the distance or while they are clinched up against the cage.

It would be a storybook ending for Couture to win this one, but I don’t see it happening this go around. I think Machida will find his range by the end of the first round and put Couture away via TKO with a counter straight left in the second.