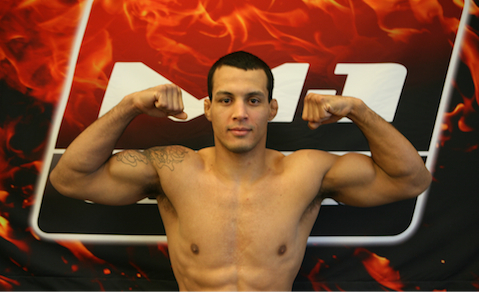 M-1 returns with M-1 Challenge 25 on Thursday morning. You can watch the card live from the Ice Palace in St. Petersburg, Russia right here of ProMMANow.com at 11 a.m. ET.

M-1 Light Heavyweight Championship Bout
Viktor Nemkov vs. Vinny Magalhaes
A large percentage of the Eastern European fighters who fight for M-1 Global come from a sambo background. In theory, this would mean that they are all strong ground fighters. However, this is not the case. Sambo does not emphasize ground positions as much as Brazilian jiu-jitsu and it shows. Magalhaes is one of the best Gi and No Gi grapplers on the planet. If he can get a takedown, or even pull guard, the fight should be over. Despite his advantages Magalhaes does not take punishment well, so if Nemkov can out a few strikes together, he has a chance
Pick = Vinny Magalhaes
Film Study: Vinny Magalhaes vs. Chris Weidman (2009 ADCC)

M-1 Welterweight Championship Bout
Shamil Zavurov vs. Yasubey Enomoto
It was hard to not get excited about Enomoto during his run through SRC last year. He came back down to earth a bit when Keita Nakamura submitted him in the finals of the welterweight tournament. Zavurov is a solid wrestler who swings for the fences on the feet. Enomoto should be able to score from distance with his kicks and therefore stay out of punching range. If the Russian takes it to the ground, Enomoto’s ribber guard game will be foreign. Don’t be shocked if Enomoto laces up an armbar from his back.
Pick = Yasubey Enomoto
Film Study: Yasubey Enomoto vs. Kenta Takagi

Luigi Fiorvanti vs. Andrei Semenov
I worry about Fioravanti moving back up to middleweight. He is a tough striker and does his best work in the clinch. However, he gets in trouble when he comes into fights out of shape. Even if he comes into this fight with absolutely zero cardio, he should get a victory. Semenov has not fought since 2008 and is over ten years removed from his last UFC fight.
Pick = Luigi Fiorvanti
Film Study: Andrei Semenov vs. Curtis Stout

Mikhail Zayats vs. Malik Merad
Back in early 2009, M-1 really thought they had a legitimate prospect in Zayats. He was 9-1 and won a combat sambo world championship. However, as they started ramping up the M-1 Challenge, the competition became too much. Zayats dropped three fights in a row. Recently, he has gotten his act together. Zayats is currently riding a three-fight winning streak highlight by a submission victory over Finish Nazi Toni Valtonen. Whenever Zayats has a grappling advantage, he should win. Merad is mostly a striker, so look for the Red Devil fighter to extend his winning streak.
Pick = Mikhail Zayats
Film Study: Mikhail Zayats vs. David Tkeshelashvili