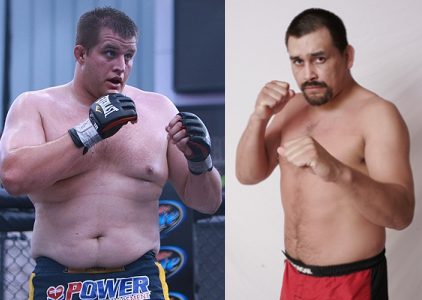 Paul Buentello has been forced out of his Bellator 42 bout with a back injury. He was slated to face Bellator heavyweight champion Cole Konrad in a non-title fight.

MMAJunkie reported the change, and indicated that the original fight will be re-booked for another event.

The promotion has moved a featherweight bout between Ronnie Mann and Josh Arocho and a bantamweight fight between top-Brazilian-prospect Luiz “Betao” Nogueira and Jerod Spoon to the main card.

Last season, Konrad bested Rogent Lloret, Damian Grabowski and Neil Grove to win the inaugural Bellator heavyweight title. His fight with Buentello was set to be his first fight since winning the belt last October.

Buentello has fought for both the UFC and Strikeforce title. In his last fight, he took a decision victory over Kerry Schall. He also holds victories over Carter Williams, Kirill Sidelnikov and Mike Kyle.