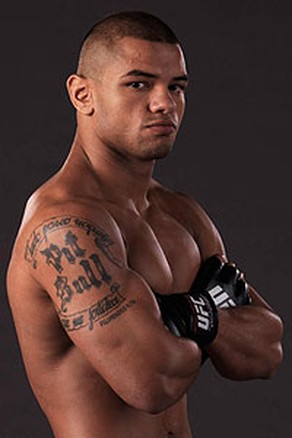 April 2011 – The wait is over for MMA fans, who’ve been wanting to watch cage fights on Miami Beach. Howard Davis Jr.’s Fight Time Promotions has teamed up with Club Play located in the heart of South Beach. Fight fans will get the chance to witness MMA Amateur fights in the hottest club for what’s been called: “PLAY Hard Thursdays.”

May 5th (Cinco De Mayo) will be the kick-off date for the MMA action featuring 10 of South Florida’s top amateur fighters. Club Play is the most popular upscale club on South Beach and Fight Time Promotions is the leading fight promoter in Florida’s East Coast.

“We wanted to wait until the perfect moment to launch and what a better day then Cinco De Mayo,” says Club Play GM, Lia Ames.

The fights are being produced and promoted by Fight Time Promotions, which is owned and operated by Howard Davis Jr., 1976 Boxing Olympic Gold Medalist.

Although he will not be fighting at Club Play, the host for the Cinco De Mayo kick-off MMA amateur series will be UFC superstar: Thiago “Pitbull” Alves.

He will be in the cage proving commentary, insight and will be there to greet his fans. Thiago will be fighting his next UFC professional bout on May 28th.

Fight Time Promotions is not only a reputable MMA professional fight company, but a strong force in the community as it continues to hold its popular “Fight Time” series at the War Memorial Auditorium in Ft. Lauderdale, FL.

“This is a great opportunity for Fight Time Promotions to have a big role in the MMA amateur scene as professional MMA fight organization,” said Howard Davis Jr., CEO of Fight Time Promotions. “This is also great for South Beach and the community as we bring a different form of entertainment to the beach,” he added.

With a new law in Florida, requiring amateurs to have 5 sanctioned amateur fights under their belt prior to turning pro, Club Play will be giving these amateurs a new venue to showcase their skills to promoters such as Fight Time Promotions.

There will be $150 bottle specials, draft beer specials and appetizers by the world famous “Young Chef”.

Pre-Sale tickets are $25 available at www.fighttimepromotions.com. Tickets at the door will be $30. Dress code will be strictly enforced. For information, please call: 786-543-1177