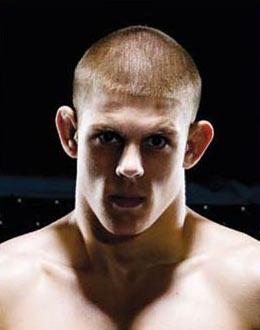 Along with the Edward Faaloloto vs. Michael Johnson fight announcement earlier today, a lightweight match-up between Joe “J-Lau” Lauzon vs. Curt Warburton has also been added to UFC on Versus 4 set for June 26 at Consol Energy Center in Pittsburgh, Pa.

Lauzon (19-6) has maintained his vigilance in the UFC lightweight division since 2006 when he knocked out veteran Jens Pulver in the first round. Lauzon then served on The Ultimate Fighter season five where he lost a unanimous decision to Manny Gamburyan in the semifinals.

Lauzon’s career has been up-and-down the last couple of years. Most recently, he scored a first round armbar submission of Gabe Ruediger at UFC 118 last August, then gave up a second round kimura submission to George Sotiropoulos at UFC 123 three months later.