In case you missed it: Patricky Freire’s flying knee KO of Toby Imada at Bellator 39 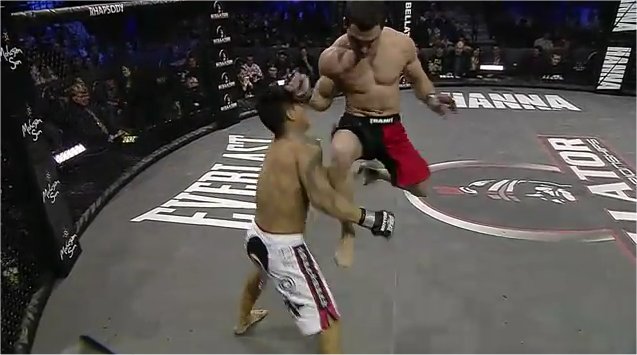 Patricky “Pitbull” Freire is making a habit out of ending fights with highlight reel finishes. Coming into Bellator 39 last evening, Freire had already added Rob McCullough to his list of “posterized” victims, with a brutal right hand counter off of a McCullough leg kick that ended the evening for the former WEC champion where he stood.

At Bellator 39, Toby Imada would prove to be his next victim. This time, Freire connected with a flying knee that left the submission ace wobbly on his legs, completely out on his feet. Freire pounced, dropping Imada with a flurry of punches and a final staggering left hook, that left Imada completely unconscious on the canvas.

Imada had to be carried out on a stretcher, but thankfully, quickly regained consciousness backstage at the event.

Enough describing the action. Here is the video:

One thought on “In case you missed it: Patricky Freire’s flying knee KO of Toby Imada at Bellator 39”