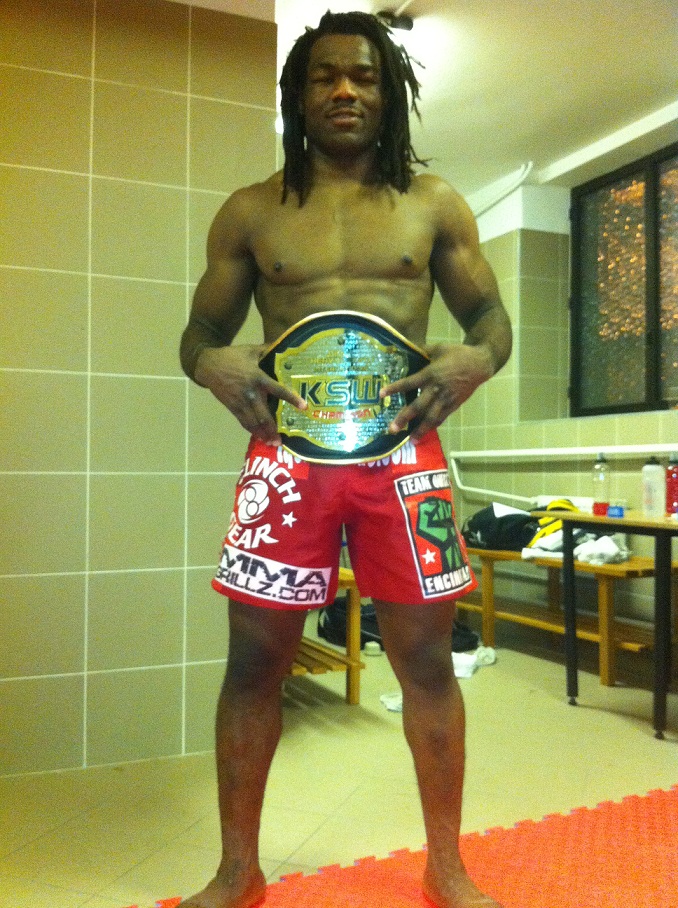 The event, held by KSW (Konfrontacja Sztuk Walki), a premiere mixed martial arts organization in Poland, took place at the Torwar Hall on March 19, in Warsaw. The promotion planned to showcase the dominance of Polish fighters over the “other” world competition, but the outcome of the KSW 15 mixed martial arts event proved otherwise, as the “foreigners” went 5-3 against the Polish fighters.

The most disheartening defeat for the Polish fans was the TKO loss that Jan Blachowicz suffered to Pride/UFC veteran Rameau Thierry Sokoudjou. Blachowicz was unable to continue to the 3rd round due to a badly bruised left thigh that forced him to retire from the fight. Blachowicz, unable to walk after facing the seasoned Team Quest fighter, was carried by his corner to the middle of the ring as Sokoudjou was presented with the KSW light heavyweight championship belt.

Sokoudjou had this to say about his win, “I am thrilled with winning the KSW belt. The results come from a training program that was put together by coaches at my Team Quest Facility in Encinitas and the Team Quest in Murrieta. I have a great team in place and I thank them for helping me prepare for this fight.”