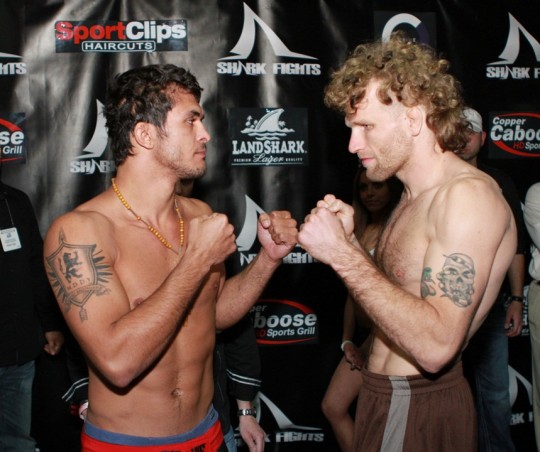 Horwich is coming off a third round TKO of Jake Rosholt at Xtreme Fight Night this past November. His is 3-3 in his last six bouts.

In the Shark Fights 14 co-main event, two of the top-ranked female fighters in the world will face off as Tara LaRosa (19-2) takes on Carina Damm (15-5). These two ladies will be looking to settle some bad blood that goes back to their days with Bodog.

Weigh-ins for Shark Fights 14 took place Thursday evening at the Copper Caboose in Lubbock and the results are as follows: