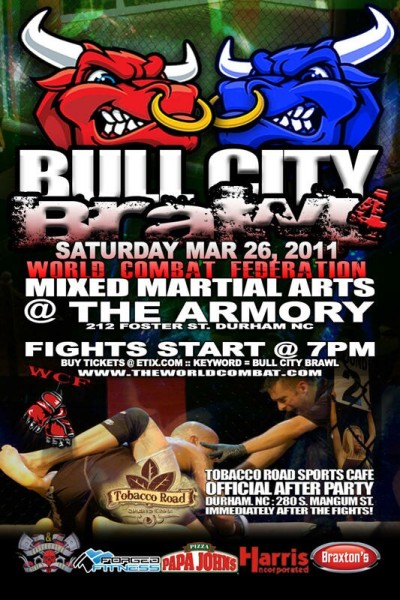 The World Combat Federation returns to Durham, NC, with a huge card of MMA fights that will take place on March 26th. The event will take place at “The Armory” in downtown Durham, 212 Foster St at 7pm with the doors opening at 5:30pm. You can purchase your ticket information here.

The main event should be a great scrap with the #3 bantamweight Matthew Coakley taking on the #1 bantamweight Varon Webb for the title.  The official after-party will take place at Tobacco Road Sports Cafe immediately after the fights, so you can go there and watch Ultimate Fight Night 24 headlined by Phil Davis and Antonio Rogerio Nogueira. The fight card is below: