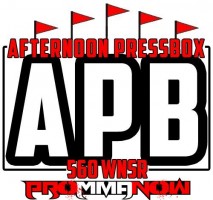 During the mixed martial arts hour on Wednesday’s (March 2) episode of AFTERNOON PRESS BOX on Sports Radio 560 WNSR, hosts Darren McFarland, Brad Hopkins, Chris Pappas and Ed Clay recapped the week in mixed martial arts and looked ahead to some of the big events coming up.

The guys discussed UFC 127, which took place this past weekend, and the main event between B.J. Penn and Jon Fitch which ended in a draw. The guys debated Fitch’s strategy in the fight, Penn’s evolution and what the future may hold for both fighters.

The guys also talked judging and the Riki Fukuda robbery, as well as the Michael Bisping and Jorge Rivera fight and the controversy from both sides, including, of course, “spit gate”. A possible match-up between Bisping and Chael Sonnen is looked at and there is some Strikeforce talk.