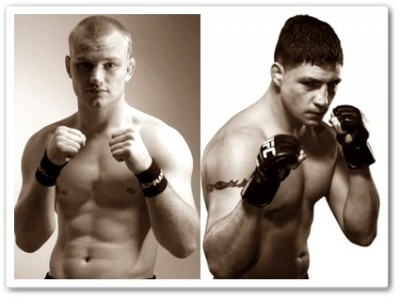 We’ve finally made it to the UFC Live 3 main event preview featuring a welterweight clash between Diego Sanchez and Martin Kampmann. It should be an excellent main event as both fighters really like to get after it.

Kampmann is coming off a heart breaking split decision loss to Jake Shields in his last match-up. It was a fight that many thought he had won as he landed the cleaner strikes during the fight.

Kampmann comes into this fight with a career record of 17-4 with seven wins via TKO/KO and six wins via submission. He’s a well-rounded fighter who can strike or submit his opponents. If he has a weakness, it’s his take-down defense.

Diego Sanchez is experiencing a re-birth of sorts as he overwhelmed highly ranked welterweight Paulo Thiago in his last outing. It was a much needed win as Sanchez had lost the previous outing, and simply didn’t look good as he was transitioning back to the welterweight division.

Sanchez brings an overall record of 22-4 with six wins via TKO/KO and nine wins via submission. Sanchez has improved his striking since his early UFC days, but his bread and butter is his relentless pace coupled with a ground and pound attack.

Linesmaker has Kampmann as the betting favorite at (-150) with Sanchez as the underdog at (+120).

Kampmann is the better striker in this match-up. I’m sure Sanchez will stand with Kampmann, but only long enough to get this fight to the ground as that’s his best chance at victory.

However, Kampmann is no slouch once the fight goes to the ground either. I’m not sure if Kampmann has fought an opponent like Sanchez before. The closest opponent that comes to mind was Kampmann’s war with Carlos Condit back in 2009.

I think Sanchez’s wrestling is better, and he may fight at a slightly higher pace than Condit does as well. That’s pretty incredible if you’ve seen Condit fight.

If Sanchez can fight at the pace that he normally does and is successful at taking Kampmann, he’s definitely a live dog here. If he can’t take the fight to the ground, he’s going to have a long night ahead of him.

However, Sanchez has an incredible chin, so the likelihood of Kampmann knocking him out is not that great either. Kampmann needs to make Sanchez fight at his pace, and he’ll do that by stuffing the take-down attempts and making Sanchez pay with strikes when he’s unsuccessful.

I can’t express how much I’m looking forward to this fight and I really can’t predict a winner. It’ll be all about who is able to dictate where the fight takes place.

Will Kampmann be able to handle the relentlessness of Sanchez? Will Sanchez be able to take down the larger Kampmann and implement his trademark ground and pound?

Tune in on the Versus channel tonight to find out. As always, stay tuned to ProMMAnow.com (www.prommanow.com) as we’ll be bringing you all the post-fight coverage late this evening.