Peaking the beast: Inside the mind of Jon “Bones” Jones as he prepares for his first UFC title shot 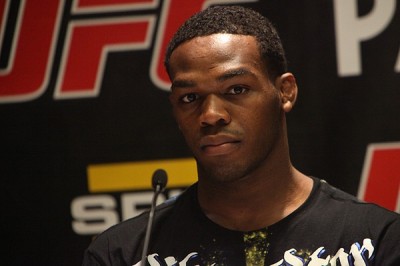 It has been nothing short of a meteoric rise for 23-year-old Jon “Bones” Jones. It is a success he earned though, by delivering exciting beatdowns upon quality opponents.

Following his second round domination of the previously undefeated Ryan Bader at UFC 126, Jones was asked to replace his injured teammate, Rashad Evans, in a March 19 light heavyweight title bout against defending champion Mauricio “Shogun” Rua at UFC 128 in New Jersey.

It would only give him about six weeks to prepare for the biggest fight of his life, but with the blessings of Evans and his coaches, he jumped at the chance.

Jones was a guest this past week on Sports Radio 560 WNSR’s Afternoon Press Box to talk about his recent win over Bader and his upcoming title fight against one of MMA’s most respected and dangerous veterans.

The young fighter began by explaining what it felt like when he first realized he was getting a title shot.

“It was phenomenal. I was just so excited,” said Jones. “My dream is to become the light heavyweight champion of the world. You know, I didn’t expect it to come this fast, but I just can’t be afraid of it. There’s a quote that I love that says, ‘Our biggest fear is not that we’re inadequate, but that we’re powerful beyond measure.’ So, I’ve been listening to that a lot and I’m just ready to be powerful and do something great, and I’m excited. Now I’m just playing the waiting game.”

Jones made his UFC debut in Aug. 2008.  Now two-and-a-half years and seven opponents later he is at the top of the heap. He spoke about the journey.

“You know, it’s been tough, but it’s what I asked for,” said Jones. “I’ve just been training really hard and when I joined the sport I expected it and my plans were to just try and be the best at it and I just feel like it’s all coming to pass now. It’s been a short journey but also a very long one and I’m just excited to be where I’m at now.”

If Jones reminds you of another top UFC fighter, that is because he has tried to model himself after the man most experts consider the world’s number one fighter, Anderson Silva. He explains why he was drawn to “The Spider.”

“You know, he’s long and rangy, he’s not very muscular or physically dominant,” said Jones. “So he’s a guy that had to use his wit and use his intelligence to get by in a lot of ways, and that’s been me. Being a wrestler, I was always tall and skinny. And wrestling is a short stocky man’s sport, and I’ve always had to use my mind to get the edge. And now in MMA I’m still doing the same thing, using my mind and finesse.”

And because Jones understands just how good “The Spider” is, he does not believe Steven Seagal taught him the front kick he used to knock out Vitor Belfort in the UFC 126 main event. He is not buying it.

“I thought that was hilarious,” said Jones. “I mean, it doesn’t really take a Grand Master to teach a guy like Anderson Silva a basic front kick to the face. But you know, hats off to Steven. I’m sure it doesn’t hurt his career at all to be in Anderson Silva’s corner.”

Jones has had a lot of success and a lot of hype and attention thrown upon him. It could certainly overwhelm a lot of 23-year-olds. He explained how he has been able to deal with it.

“I just put in extra effort into the mind and things like that, a lot of sports psychology, a lot of meditation, a lot of religion, things like that, ” said Jones. “It all helps me out and I feel it makes me who I am and it’s working. I feel like I’m doing good with all the pressure that comes along with this and the anxiety of stepping into the Octagon and expectations and all types of things. So yeah, just focus on the power of the mind, it really helps me get through my days.”

Some people are a little concerned Jones may not have adequate time to prepare for someone like “Shogun”. After all, when Jones steps in the cage on March 19, he will have had just over a month to get ready for the dangerous veteran.

“I think everything happens for a reason and I feel like it’s my time and it couldn’t happen any better,” Jones explained. “I’m already in really great shape physically, mentally and spiritually and now I just have six more weeks to peak the beast even more. Normally I spend the first two weeks of a training camp, out of the six, getting  physically fit and this time I’m going into the camp with a full tank of gas and very strong and things like that so now I just have to get the mental side even more sharp as far as preparing for a different animal.”

Anyone who spends any amount of time listening to Jon Jones knows that the mental game is a very important aspect of who he is and how he approaches fighting. He lets us in on one of his secrets.

“If you look really closely at my past fights, I never actually look into the guy’s eyes. Nor do I do it at weigh-ins,” said Jones. “At weigh-ins normally I just look off into the audience and it kind of plays a little mind game on my opponents a lot of times. They don’t really know how to react to that. As far as when I’m in the  Octagon, I’m always looking at the opponent’s body when I’m standing there. I’m big on not fighting an opponent’s name, his credentials, his past fights, his face. I fight the body and when I’m standing across and I’m looking at his body, I’m really just humanizing the guy, and looking at imperfection in his physique or… You know there’s a quote that says, ‘If a guy looks soft in the mid-section, usually he is soft in the mid-section.’ So I’m just humanizing the opponent. That’s what I’m doing. For Ryan Bader it wasn’t that easy though because I’m staring at the guy’s body and the guy’s built like an NFL linebacker, but yeah I’m just excited when I’m out there and getting ready to fight the human.”

When Jones fought Bader, people were amazed at how easily he handled the strong wrestler. But Jones does not really believe it was because he was that much physically stronger, once again, it goes back to the mind.

“Physically I don’t think I had much of a strength advantage. I think I took away his mental strength,” explained Jones. “Like right away, Bader being a wrestler and normally banking on the ability that he can take most people down, we figured that if we took Bader down right away in the first round it would really mess with his mental game. And starting off the first 30 seconds of a fight defending a north-south choke when you’re used to being in the dominance right away, I think that messed with his mind. And once his mind became weak, that made him seem physically weak.”

Rashad Evans has made the statement that he would not want to fight Jones because they are  teammates and friends. He has even talked about changing weight classes to avoid the situation should Jones defeat Rua. Jones feels the same way but also clarified he would not want to lose his job over it.

“No. I wouldn’t like to. Rashad’s a dear friend and training partner,” said Jones. “He knows a lot about my style, a lot about my weaknesses. Same, I know a lot about his weaknesses and his style as well. And I just wouldn’t ever want to fight Rashad. Obviously, me nor Rashad would want to get fired over the situation, but if we had the choice we would never take the fight. The only way we could possibly fight is through extreme measures.”

Jones talked about what would happen if they were forced to fight, the rift it would cause in their camp and why it is such a bad idea from his point of view.

“It could be very awkward. There are not too many men in the world that I have tons in common with,” explained Jones. “Like me and Rashad, we have tons in common. We’re both fathers, we’re both elite warriors, we both like to sing and have fun. We just have so much in common. We really have a great chemistry. It would just suck. Think about the training staff. We have the same exact nutritionist, physical fitness coaches, striking coaches, strategists. I mean whose side would they take if we have to fight. … It would just cause a lot of awkwardness within our own camp. I look at our camp more like a family than a camp so it would just be weird. It would be like slapping your brother.”

Jones belongs to a family of athletes. One of his brothers plays football for the Baltimore Ravens and his younger brother plays for Syracuse. So what made Jones turn to MMA instead of continuing on with football like his brothers?

“On the football field it took a lot of physical attributes like size and speed and strength and agility and I really wasn’t the most athletic and coordinated in high school,” Jones explained. “I was always good at combat sports and things where I could just use my body despite the size and frame. So I took to wrestling. I was a 170-pound guy so I was really tall and skinny and it just wasn’t a football frame. With wrestling I could always succeed with hard work. My coaches always told me wrestling would be a way I could get a college education and sure enough, it came to pass.”

In fact, Jones is not even really a fan of football. He said he understands the game and played it throughout high school, but was not a starter and it just was not his niche.

He does support his brothers though and watches them play when he can.

“Oh yeah. I watch my little brother at Syracuse mainly,” Jones said. “My older brother, he’s in his rookie season at the Ravens. He has two Pro Bowlers in front of him so he doesn’t actually get on to the field too often.”

5 thoughts on “Peaking the beast: Inside the mind of Jon “Bones” Jones as he prepares for his first UFC title shot”