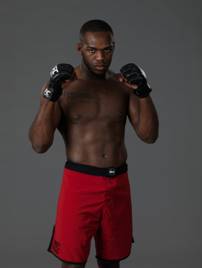 The young superstar talked about his recent domination of The Ultimate Fighter season eight winner Ryan Bader at UFC 126, and his upcoming title fight against Mauricio “Shogun” Rua at UFC 128 on March 19.

Jones also touched on other topics including the mental game of MMA, the issues he has against fighting his teammate Rashad Evans, why he pursued wrestling instead of football and much more. This is one you do not want to miss!

In addition to the interview with Jones, the guys also talked about Fedor Emelianenko‘s second loss in a row at “Strikeforce: Fedor vs. Silva” this past weekend, and where “The Last Emperor” should go from here.