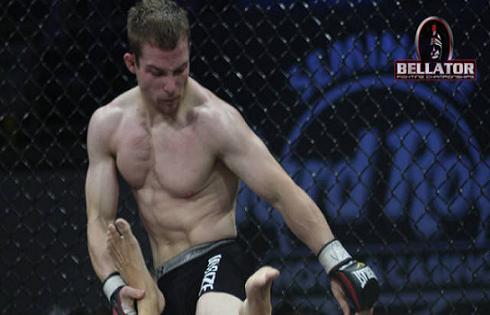 Bellator bantamweight champion Zach Makovsky is set to take on Chad Robichaux in a non-title fight at Bellator 41. The card is expected to take place on April 16.

MMAJunkie reported the contest citing “sources close to the event.”

Makovsky defeated Nick Mamalis, Bryan Goldsby and Ed West to claim the inaugural Bellator bantamweight championship. The Team Extreme fighter currently holds a 12-2 record as a professional. Makovsky fought twice for Elite XC in 2008. Wilson Reis submitted him and he took a decision over Andre Soares.

Robichaux will bring an undefeated record into Bellator’s cage. In his last fight, he made his Strikeforce debut and took a split decision over Humberto DeLeon. The 11-0 fighter has 10 submission victories.

Bellator normally has their champions take non-title fights, while the promotion uses tournaments to find new contenders. Other promotional champions such as Eddie Alvarez and Hector Lombard took non-title fights in previous seasons.

This season, Bellator will be broadcast on MTV2. The promotion has not announced plans for a bantamweight tournament.