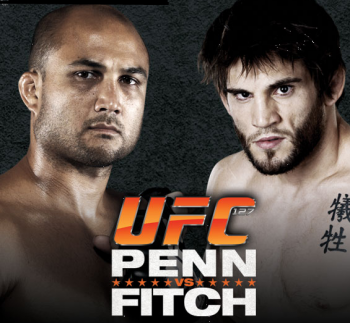 UFC President Dana White and Director of Canadian Operations Tom Wright held a media conference call on Tuesday to discuss the overwhelming ticket sales success of “UFC 129: St-Pierre vs. Shields“, which will take place at the Rogers Centre in Toronto, Ontario, Canada on April 30.

UFC 129 will mark the first stadium-sized event for the Ultimate Fighting Championship. White admits he was a bit nervous about whether or not they would be able to sell enough tickets to justify an event of this size, but after selling out UFC 129 with 55,000 tickets sold in a matter of minutes, White and company have began to reassess their goals and possible scenarios for future events.

Also present on the call were UFC 127 main event fighters Jon Fitch and B.J. Penn, who will face off in a welterweight top contender bout on Feb. 27 at Acer Arena in Sydney, Australia.

Penn talked about his move to welterweight (170 lbs.) and his future at lightweight (155 lbs.). He also talked about training with longtime rival and former UFC welterweight champion Matt Hughes for this fight, and why it made sense to work with him.

Fitch talked about what fighting Penn means to him and if he feels slighted with Shields getting a shot at the title after only one fight. Check out the audio below for all this and much more. Oh yeah, and the infamous UFC conference call impostor makes his return with questions for B.J. about where he got his name (18:35 mark).