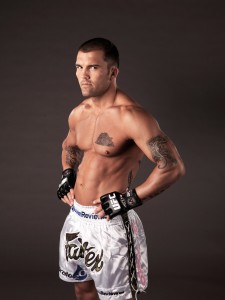 Heavy-punching UFC veteran James Irvin (15-8) will look to bounce back from his recent rough patch on Jan. 29 at Gladiator Challenge “Young Guns 4” in Elko, Nev.

Irvin went 4-6 with the UFC, dropping his last three with the promotion, and defeated Angel DeAnda following his Zuffa release. However, Irvin’s comeback hit a speed bump at Tachi Palace Fights 7 on Dec. 2, as he lost to Jorge Oliveira by first round submission.

Before his UFC debut in 2005, Irvin got his start with Gladiator Challenge, winning five fights with the promotion, including a KO win over Scott Smith.

Irvin has signed a multi-fight deal with GC, according to a Jan. 25 press release.

“We are so pleased to have James back with us,” promoter Tedd Williams said. “He’s getting the platform he needs to launch himself back onto the national scene, and we get to present one of the most exciting fighters out there to our rabidly faithful GC fans. It it’s a great situation for both sides.”