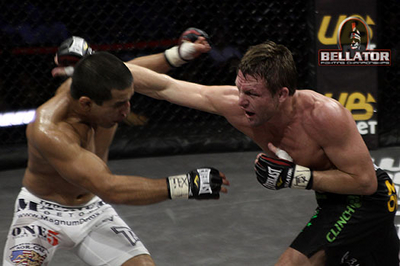 Bellator featherweight champion Joe Warren has agreed to represent the U.S. at the Hungarian Grand Prix in Szobethely, Hungary on March 5 and 6.

USA Wrestling announced his participation in the Greco-Roman wrestling tournament, when they released the U.S. international tour team lineups on Monday. The Hungarian Grand Prix is considered one of the most difficult wrestling tournaments in the world. Last year, the U.S. sent 14 wrestlers and returned with zero medals.

Warren last competed in Greco-Roman wrestling at the 2010 Kit Carson Cup. There, he dropped matches to Jiang Sheng of China and Ryutaro Matsumoto of Japan.

In 2010, Warren went 4-0. His first three wins over Eric Marriott, Georgi Karakhanyan and Patricio Freire earned him Bellator’s season two featherweight tournament championship. He then faced off with the Joe Soto for the title. Warren exploded early in the second round and won by knockout.

4 thoughts on “Joe Warren to wrestle in Hungarian Grand Prix”