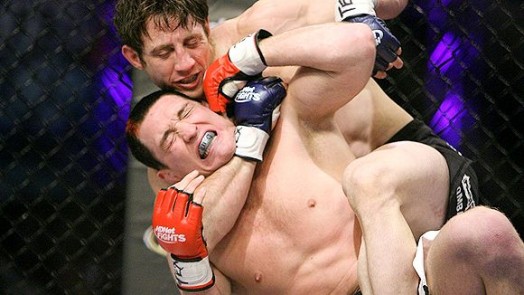 A third bout between middleweights Tim Kennedy and Jason “Mayhem” Miller is in the works for an upcoming Strikeforce card. The fight is expected to be part of a March 5 card that will take place at the Nationwide Arena in Columbus.

MMAJunkie reported that the fighters’ camps are in the process of completing bout agreements for the contest.

The pair first fought in 2003 before either fighter had significant cache. Kennedy picked up a decision victory. Four years later, they rematched on one of the few cards promoted by HDNet. In the second fight, Kennedy started off strong, but Miller fought back to claim the decision win.

Miller is one of the most popular fighters not currently under contract with the UFC. He defeated Robbie Lawler to claim the ICON Sport title back in 2006. However, in Miller’s first defense, Frank Trigg knocked him out and took the title. Since then, Miller has fought for both the Strikeforce and Dream titles. He dropped his Strikeforce title fight to Jake Shields and fought to a no contest with Souza with the Dream belt on the line.