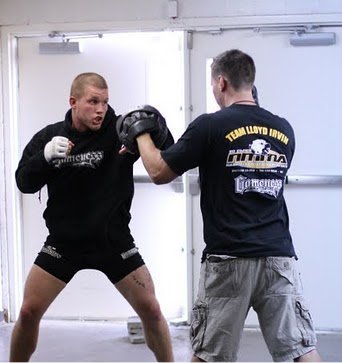 Competing at a high level is nothing new for Chris Barnhizer. As a former Divison I wrestler at Indiana University, Barnhizer is used to performing on the big stage, in front of thousands of people.

Barnhizer will be on the big stage once again, facing off against Karl Willis on the preliminary card at the Strikeforce Challengers 13 event. This bout will mark the first for Barnhizer under the Strikeforce banner and he plans to make the most of his opportunity on Jan. 7 at the Nashville Municipal Auditorium.

ProMMAnow.com spent some time with Barnhizer as he closed out his training camp in preparation of this week’s bout to talk about his Strikeforce debut, the big stage, and his training partners at Nashville MMA: