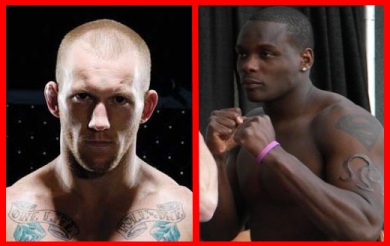 They guys also talked with Strikeforce’s fastest rising light heavyweight star Ovince St. Preux, who takes on Ron “Abongo” Humphrey on Strikeforce Challengers 13 in Nashville on Jan. 7. St Preux (9-4) was in the studio to talk about his upcoming fight and the amazing breakthrough year that has been 2010 for him.

Maynard (10-0, 1 NC) holds a 2008 unanimous decision victory over Edgar and is the odds favorite to win the bout. However, Edgar is riding a tidal wave of momentum powered largely by his two dominant wins in 2010 over MMA legend and former champion B.J. Penn.

Maynard talks about the match-up with Edgar and how they have both changed as fighters since their first bout. He also addresses the issue of how his low key personality may have caused him to fly under the radar a little bit and he responds to the criticism of people who may find his style of fighting somewhat boring.

MMA Press Box Radio airs LIVE each Wednesday afternoon at 2 p.m. CT on Sports Radio 560 WNSR AM in the Nashville and Middle Tennessee market or online on the WNSR website at www.wnsr.com.

ProMMAnow.com (www.prommanow.com) is proud to be the exclusive home of the MMA Press Box Radio archives. If you ever miss the live broadcast on Wednesday afternoon, check back here at ProMMAnow.com Wednesday evening for the archived version.