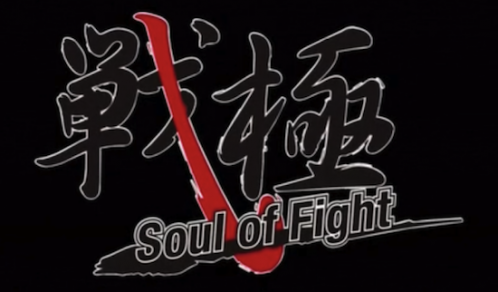 Last year, World Victory Road chose to join forces with FEG for a joint end of year card. This year, the SRC parent company decided to host their own event. “Soul of Fight” will be a day-long martial arts festival that will feature some of the brightest stars in MMA.

The card takes place on Dec. 30 and will air later in January in two parts on HDNet. As with all big cards, ProMMANow.com has you covered. Check out a little break down by the site’s all-star John Buhl and I.

SRC Featherweight Championship
Marlon Sandro vs. Hatsu Hioki
Recently, Sandro has looked absolutely unstoppable. He has been collecting knockouts and, on top of that, he has been doing it against respectable fighters. At the same time, Hioki is still one of the best featherweights not signed to a Zuffa contract.

The story on Hioki is always the same. He has otherworldly skills on the ground. Against ADCC veteran Baret Yoshida, Hioki knifed through his guard like it was filet mignon. However, he seems to be allergic to game plans and instead gives away rounds and fights, see the Michihiro Omigawa fight.

Sandro is the better striker, but Hioki’s reach will allow him to survive on the feet. He might not be able to get takedowns, but the fight will end up on the ground. Once there, Hioki will be able to hustle Sandro and win a position battle.
Pick = Hatsu Hioki

John Buhl’s Breakdown
This might be the best fight going on in Japan next weekend. Both guys share questionable split decision losses to Omigawa recently, but Sandro has been on a tear for the most part, going from a streak of five-straight decisions to finishing six of his last eight opponents. Hioki is tough but Sandro has more power behind his strikes.
Pick = Marlon Sandro

SRC Welterweight GP Series 2010 Final
Yasubey Enomoto vs. Keita Nakamura
A lot of people only remember K-Taro from his disappointing run in the UFC. However, that really does not do him justice. He is a quality grappler who excels at taking the back in a scramble.

On the feet, Enomoto will have a huge advantage. However, despite his grappling credentials on the European scene, he will not be able to hang with Nakamura on the ground. It is also safe to say that perhaps the Enomoto hype is a tad premature considering Nakamura is the best fighter he has faced.
Pick = Keita Nakamura

SRC Asia Bantamweight Tournament Semifinals
After the tournament field whittled down to four fighters, World Victory Road brought in representatives from Pancrase, ZST, Shooto and Cage Force. All the promotional representatives won in the quarterfinal round.

Manabu Inoue vs. Shunichi Shimizu
Since winning the bantamweight King of Pancrase title over Seiya Kawahara, Inoue has been on a roll. On top of that, he is probably the favorite in the tournament. Shimizu has built his record in ZST, which is known for quirky rules and not for top fighters.
Pick = Manabu Inoue

Akitoshi Tamura vs. Taiyo Nakahara
Both of these fighters have faced respectable competition, but Tamura has acquitted himself better in those fights. He usually only struggles when he can’t stop takedowns. Now that he has dropped down to bantamweight, he should have better takedown defense.
Pick = Akitoshi Tamura

SRC vs. Dream
Masanori Kanehara vs. Yoshiro Maeda
After dropping his title to Marlon Sandro, Kanehara fought a few exhibitions and grappling matches. This fight will mark his official return to action. Maeda has had an impressive career and picked up key wins. However, despite the loss to Sandro, I see Kanehara as a rising star. His aggressive grappling game will give the veteran trouble.
Pick = Masanori Kanehara

Maximo Blanco vs. Won Sik Park
If you have not seen Blanco fight, you need to head over to youtube right now. This guy comes forward with a fury that he might not be able to control. He is the lightweight King of Pancrase and has knocked out former Strikeforce title challenger Rodrigo Damm. Parky is a solid fighter, but he will not be able to withstand the blasts that Blanco will throw.
Pick = Maximo Blanco

Single Fights
Kazunori Yokota vs. Jadamba Narantungalag
If I were on ESPN making this pick, Skip Bayless would call me a prisoner of the moment. Narantungalag looked great against Akihiro Gono. He is huge for lightweight. He is a solid striker, and he has respectable takedown defense. Yokota looked less than impressive against Brian Cobb and normally only excels when he can get top position.
Pick = Jadamba Narantungalag

Taisuke Okuno vs. Ryo Chonan
Orginally, Chonan was supposed to fight Dan Hornbuckle. However, rumors surfaced immediately after the fight was announced. Then, Hornbuckle officially pulled out and Okuno received the shot.

Okuno slugged his way to a surprise victory over Nick Thompson, but he really is not ready for this level. Chonan has not looked the best recently, but he should be ready and healthy enough to take this one.
Pick = Ryo Chonan

Kazuo Misaki vs. Mike Seal
This fight worries me a bit. On paper, this fight is a walk over for Misaki. However, I find it hard to believe that he is fully recovered from his war with Jorge Santiago last August. Also, Misaki does not have a problem fighting while injured. For example, he went into the Santiago fight with an injury that required a pain injection.

I am going to take Misaki, but if he is not right, do not be surprised if Seal finally gets his breakthrough win.
Pick = Kazuo Misaki

Yoshihiro Nakao vs. Dave Herman
At the University of Indiana, Herman walked onto the wrestling team even though he did not wrestle in high school. This is just one example of the athleticism that excites fans about the heavyweight prospect. However, his quirky personality holds him back and allows him to lose to fighters like Mu Bae Choi.

Nakao will never be a top-ten heavyweight, but he serves a purpose. He is a semi-capable gatekeeper who can weed out fighters like Edson Draggo and Jim York. Herman is a better fighter and should pick up a win here.
Pick = Dave Herman

John Buhl’s Breakdown
Herman is an awesome talent but not always focused. Training with Duke Roufus and company up in Wisconsin should help with that.
Pick = Dave Herman

Mamed Khalidov vs. Yuki Sasaki
After defeating Jorge Santiago in 2009 it looked like Khalidov was ready to take over the middleweight division. However, he came back down to earth faster than Conan’s ratings on TBS. Khalidov lost the title rematch and then fought to a disappointing draw with Japanese journeyman Ryuta Sakurai.

With all that being said, he still has more than enough game to deal with Sasaki. The Grabaka product might be able to get takedowns, but Khalidov defends well from his back. On top of that, Khalidov is light years ahead of Sasaki in the stand-up department.
Pick = Mamed Khalidov

Rin Nakai vs. Mika Harigai
A lot of people have been calling for Scott Coker to step up and give Rin Nakai a Strikeforce contract. I am not sure if she is on that level, but she is in line for a win here. She is undefeated and she won the Valkyrie open weight tournament last month. HARI will bring an outstandingly terrible 6-23-1 record into the ring.
Pick = Rin Nakai

Megumi Fujii vs. Emi Fujino
Women’s MMA aficionado Yael Grauer nearly lost her mind when the judges awarded Zoila Frausto the decision over Fujii. Sadly, that blemish will remain on Fujii’s otherwise perfect record. Fujiino is not on this level. Look for Fujii to take the fight to the ground and finish the fight with ease.
Pick = Megumi Fujii

Roxanne Modafferi vs. Hitomi Akano
Akano is the type of fighter who can pick up enough wins to stay in the mix, but struggles when matched with higher-level fighters. Modafferi seems to be getting better as her career goes on. She recently picked up a huge win over Tara LaRosa and looked good against Sarah Kaufman before the huge slam. Modafferi’s reach will give Akano trouble, and even if she gets the fight on the ground Modafferi can work off her back.
Pick = Roxanne Modafferi

Misaki Takimoto vs. Amy Davis
In the women’s game, experience is rather overrated. However, I can’t pick a fighter who only has three fights against someone who have been fighting since 2002. In the end, Davis will be the better fighter, but she is in over her head in this one.
Pick = Misaki Takimoto

SRC Jacket Fights
Yukio Sakaguchi vs. Jin Suk Jung
Sakaguchi’s 4-6 record is mostly due to the fact that he has a famous father, professional wrestler Seiji Sakaguchi. In this fight, he should be able to notch a win by picking up some takedowns.
Pick = Yuki Sakaguchi

Sotaro Yamada vs. Lee Sak Kim
Not only is Yamada the better fighter, but he is also more familiar with this style of rules. He won the 80kg title at the 2010 FILA World Pankration Championships, which used a similar rule set. Look for Yamada to score with takedowns and submissions.
Pick = Sotaro Yamada

Kiyotaka Shimizu vs. Ichiro Sugita
The fact that Sugita with be wearing Karate garb is all you need to know about this fight. Shimizu held the King of Pancrase title. On top of that, he is a respectable grappler, and he should be able to pick up the win here.
Pick = Kiyotaka Shimizu

SRC Kickboxing Rules
Buakaw Por. Pramuk vs. Hiroki Nakajima
From 2009 until now, Pramuk has not lost to anyone except Andy Souwer. That is saying something. He recently stepped out of his comfort zone and won the 2010 S-Cup tournament. Nakajima can scrap, but Pramuk is simply on another level.
Pick = Buakaw Por. Pramuk