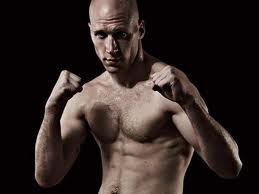 With two UFC appearances and a BodogFight title to his credit, longtime welterweight veteran Nick Thompson (38-13-1) has a pretty stellar mixed martial arts resume. But as a bar-certified attorney with a family life to consider, he was destined to pursue another profession at some point.

Thompson isn’t necessarily retired, though for the time being, he’s put his fighting career on hold.

“The writing’s been kind of on the wall for awhile,” Thompson told ProMMAnow.com. He welcomed a newborn baby girl into the world this past July and hasn’t had the time or the drive to fully dedicate himself to combat sports. “Maybe down the road, if I can set aside about three months to really prepare and get ready and it was a good opportunity, I’d take a fight here and there.”

From June 2006 through February 2009, Thompson went on a tear, earning the Bodog title, picking up two wins in Sengoku, and defeating Paul Daley at Maximum Fighting Championships 20: Destined for Greatness. The only setback came in an EliteXC title fight against Jake Shields, who defeated Thompson by first round guillotine choke submission.

Since then, though, Thompson has been on a three-fight losing streak.

“It really showed my last few fights … that at this point I wasn’t willing to pay the price day in and day out,” he said.

However, he’s as involved in the sport as much as ever, serving as an agent for a number of established veterans and impressive up-and-comers.

Going from fighter to manager for someone with a law degree seems like a natural fit, but it wasn’t something he planned to start.

“It was completely by accident,” said Thompson, who is with the firm O’Flaherty, Heim, Egan & Birnbaum LTD.

After his stretch with Bodog, Thompson made the move to Sengoku in Japan. At the same time, one of his sparring partners, Logan Clark, was with the WEC but having a hard time getting a fight. Clark went 2-1 with the WEC, already under Zuffa ownership, but the promotion had too few events at a time when it had every weight class except for heavyweight.

Thompson also has some impressive, if lesser known, fighters that could make a name for themselves soon, including Shawn Kuhl (9-2), new Bellator-signee Sam Alvey (14-2), and David Olivia (6-0).

Having a lawyer as an agent can provide an extra level of security in a business where fighters still have to worry about shady promoters, such as Nemesis Fighting, which recently held an event in the Dominican Republic with several prominent fighters that claim they have yet to be paid.

“Ultimately, if someone wants to be a con artist, there’s nothing you can do to stop them,” he said. “But I’ve been in the sport now almost ten years, so I have a good network of people. I don’t really deal with companies and people that I don’t know.”

Often times, the important stuff is in the details and the fine print, something a fighter or less experienced manager might miss. In fact, Thompson’s familiarity with contract law comes in just as handy as his fighting experience.

“I’m really amazed at some of the contracts people sign,” Thompson said. “They see the bottom dollar and they’re so happy to finally see that big dollar figure they don’t look at it carefully.”

He added, “I think fighters trust me a little more because they know I’ve been there.”