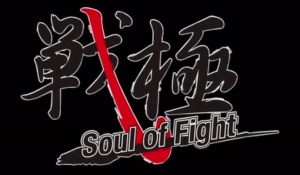 World Victory Road presents: Soul of Fight is scheduled to take place Friday, Dec. 30, at Ariake Coliseum in Tokyo, Japan. The event features a featherweight title fight with Sengoku champion Marlon Sandro (17-1) making his first title defense against Hatsu Hioki (22-4-2) since he knocked out Masanori Kanehara in the first round back in June.

Hioki was a 2009 Sengoku Featherweight Grand Prix semifinalist, was injured and could not compete in the finals. He dropped a split decision to Michihiro Omigawa in his next fight in Nov. 2009, but bounced back in 2010 with consecutive wins over Takeshi Inoue and Jeff Lawson.

Also, just added to the card in a SRC vs. DREAM match-up, Sengoku representative Dan Hornbuckle (22-3) will face DREAM’s Ryo Chonan (18-11), and in a women’s 125-pound bout, Megumi Fujii (22-1) makes her first appearance since her first career loss to Zoila Frausto in Bellator to take on Emi Fujino (9-4).

This is an enormous card and a great way for Sengoku to end the year. ProMMAnow.com has confirmed that the event will air in the U.S. on HDNet in two parts via tape delay. Part 1 will air on Friday, Jan. 14, and part 2 will air the next Friday, Jan. 21.