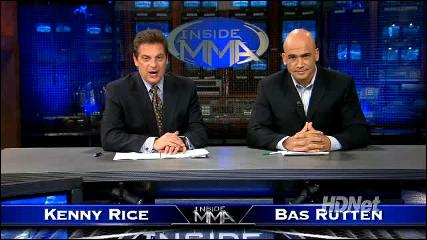 On Friday’s episode of Inside MMA (aired Dec. 17, 2010), UFC heavyweight and TUF 10 winner Roy Nelson and UFC light heavyweight Phil Davis joined Bas and Kenny. “Big Country” talked about his contract issues with Roy Jones Jr.’s Square Ring Promotions, his thoughts on getting involved with pro wrestling and when we might see him back in the MMA cage. The guys take a look back at Alistair Overeem’s K-1 World Grand Prix 2010 victory, UFC 124 and much more. Ron Kruck continues his tour of America’s MMA gyms.