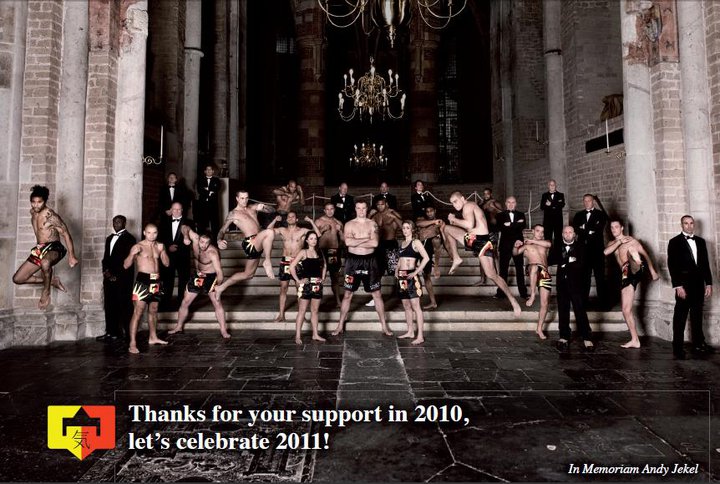 Team Golden Glory had a big and successful 2010. The team gathered for this epic group Christmas photo at a church in the Netherlands. And it looks just so awesome it had to be our “Photo of the day“. I’m very curious how many takes it took to time the flying knees just right… good stuff!

Some of the team’s accomplishments this year:

Check out more Photos of the Day