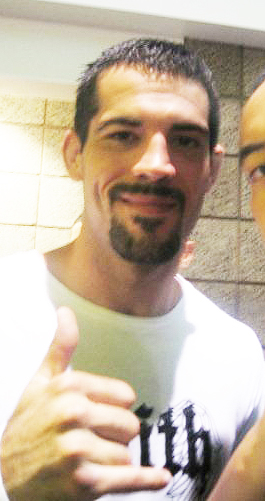 According to host Jon Anik on this week’s MMA Live, welterweight Matt “The Immortal” Brown has been released from the UFC following his third straight submission loss this year.

Brown (11-10 MMA, 4-4 UFC) lost via second round guillotine to Brian Foster (15-5 MMA, 3-2 UFC) last weekend at UFC 123 in Detroit, Mich. Prior to that, he lost via armbar to Chris Lytle at UFC 117 in July and via rear-naked choke to Ricardo Almeida at UFC 111 in March. Coincidentally, all three of the losses took place in the second round.

Brown joined the UFC in 2008 after making it to the quarterfinals on “The Ultimate Fighter: Team Rampage vs. Team Forrest.” After going 1-1 in his first two fights inside the Octagon, it looked as though Brown could have possibly been on his way toward a title run after putting together three straight victories over Ryan Thomas, Pete Sell and James Wilks.

Now at 29-years-old, “The Immortal One” is going to have to fill some holes in his game and pick up some wins in the smaller shows if  he hopes to return to the UFC.

[UPDATE: Ariel Helwani has tweeted that he has confirmed with the UFC that Matt Brown has not been released by the organization.]

1 thought on “Matt Brown not released by the UFC [updated]”