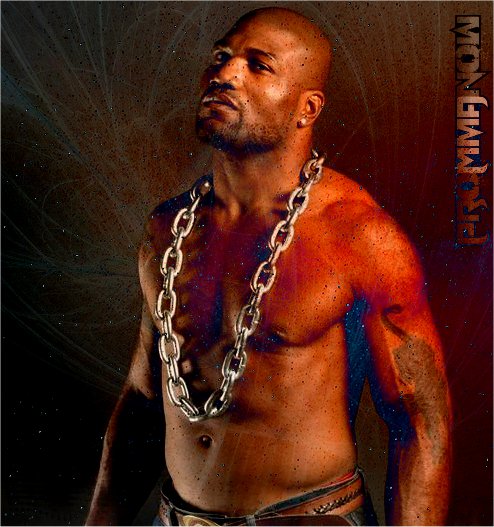 AUBURN HILLS, Mich. – A refocused and revitalized Quinton “Rampage” Jackson served notice to the rest of the UFC’s light heavyweight division that he is back, earning a hard fought and very close split decision victory over Lyoto Machida.

Machida stayed true to form in the first round, showing his elusiveness that he is known for, darting in to land leg kicks on Jackson before disengaging. There was little significant action on the feet in the first round, other than a flush uppercut landed by Jackson as Machida backed out of a clinch against the cage.

The second stanza was just as close as the first, but “Rampage” continued as the aggressor stalking Machida as “The Dragon” looked to circle out of trouble with Jackson starting to throw power combinations. After another close round, it was anybody’s guess who was ahead going into the final frame.

Machida easily took the third round, landing a right hand, then clipping Jackson with a left that sent “Rampage” retreating. Machida looked to finish, landing a head kick, then clinching and scoring with two stiff knees to the body, but Jackson was far from finished.

Jackson returned fire after the knees, and Machida immediately went to the clinch and took the fight to the ground. Once there, Machida advanced to side mount, then full mount, but gave up his dominant to position to go for an arm bar.

Jackson rolled, but was still in trouble with his arm tightly secured, then elevated Machida for a power slam. Machida, recognizing the slam, bailed out of full guard and returned to his feet near the end of the round.

The elusiveness of Machida may have cost him on the scorecards, while the aggressiveness of Jackson, who continuously stalked “The Dragon,” just might have been the deciding factor with the judges.

“I think that’s the only thing that earned me the decision,” said Jackson. “Because, Machida whooped my ass tonight.”

Despite the loss, Machida was gracious in defeat.

Both fighters agreed that a rematch could possibly happen, but in the post-fight press conference, Dana White disagreed saying there would be no rematch between the two.

B.J. Penn had said coming into his rubber match with Matt Hughes that this fight was his chance to rekindle his career. It took just 21 seconds for the rebirth of B.J. Penn.

Penn came out with guns blazing, connecting with a big combination that staggered Hughes right out of the gate. Hughes tried to come back by throwing a kick to the body, but Penn shrugged it off, then dropped Hughes with a huge right hand that sent the former UFC welterweight champion tumbling to the canvas.

Penn followed Hughes to the mat and continued to throw a flurry of punches before referee Dan Miragliotta stepped in to stop the bout at just 21 seconds of the very first round.

The win gives Penn his second over Hughes, avenging a loss to Hughes back at UFC 63 back in 2006, and despite the victory, Penn showed nothing but respect for his opponent and idol in his post fight interview.

Hughes was gracious in defeat, and admitted that his future at this point is uncertain.

“You know I don’t know what the plan is now,” said Hughes. “I had a perfect training camp coming into this.”

The future of Hughes is not the only thing that is uncertain at this time. Only time will tell if B.J. Penn returns back to the lightweight division after this, or stay at welterweight to test the waters at 170.

Maiquel Falcao came into this fight with 24 of his 28 bouts ending in the first round, but he would need all 3 to defeat a very tough and game Gerald Harris.

Falcao went over 2 minutes before he even threw his first strike, but once he did, a knee to the body and a quick flurry of punches overwhelmed Harris sending him reeling to the canvas. Harris struggled to survive the onslaught, but the ground game of Falcao proved just as dangerous to “The Hurricane.”

After getting back to his feet, Harris finally got one of his patented slams, but Falcao maintained a tight grip on the neck of Harris, and transitioned to his back once on the ground, looking to put Harris away.

Harris was on the verge of tapping when he was literally saved by the bell, which Falcao claims to have not heard, as he continued to squeeze seconds past the bell.

The second frame was much of the same as Falcao landed the better strikes, forcing Harris to shoot again. Once again, Falcao nearly finished the fight with a rear naked attempt, but Harris would survive to see the third and final round.

With 2 rounds in the bag, Falcao took the third round off, refusing to engage with Harris as boos erupted from the crowd, but in the end, his first 2 rounds of action were enough for him to be awarded the unanimous decision victory in his Octagon debut.

Falcao, from the famed Chute box camp improves to 26-3 with the victory.

Phil Davis showed off his improved stand up early in his bout against Tim Boetsch landing repeated leg kicks, but he wasted little time easily taking Boetsch to the mat to show off his strength on the ground.

Boetsch had no answer for the top-game of Davis, as he ate huge elbows, big punches to the body, and pinpoint right hands to the jaw as Davis controlled the top position on the mat for the last 2 minutes of the first round.

The second round was much of the same, and after Boetsch made a critical error in pulling guard to lock up a guillotine attempt, it was the beginning of the end for “The Barbarian.”

Phil Davis remains undefeated at a perfect 8-0, and earns his 4th win in the UFC’s Octagon.

Many fans started believing in George Sotiropoulos after his wins over Joe Stevenson and Kurt Pellegrino, which improved his Octagon record to a perfect 6-0. A convincing win over Joe Lauzon would surely make believers out of many more fans, and move Sotiropoulos one step closer to a title shot.

A convincing win is exactly what Sotiropoulos delivered.

Sotiropoulos got off to a slow start on his feet as Lauzon beat him to the punch for the first half of the initial round, but it was the ground game where Sotiropoulos proved to be too much for Lauzon.

In the second round, Lauzon looked visibly fatigued, and after lighting up Lauzon with knees from the clinch, Sotiropoulos took the fight to the mat, quickly moved to a dominant side mount position, and transitioned from an armbar attempt to a tight kimura, forcing Lauzon to tap at 2:43 of the second stanza.

The victory keeps George Sotiropoulos perfect in the UFC at 7-0, and 14-2 overall in his MMA career.