Frank Shamrock: “I was bullied for telling the truth” 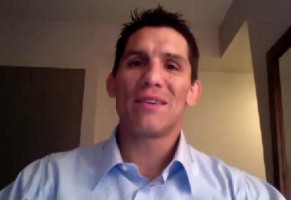 To go along with his appearance last night on Jimmy Fallon, Frank “The Legend” Shamrock has released a new anti-bullying message. Rather curiously, Shamrock doesn’t talk about himself being bullied as a kid in school or anything like that here. He talks about being bullied because he “told the truth.”

He doesn’t say what that “truth” is here, but he’s likely referring to the time he said Dana White is one of the main reasons MMA is not legal in New York. And then White fired back with this.

This is just an educated guess, but if he is really talking about being “bullied” by Dana White, I’m not sure how many kids are going to relate to that. In fact, I can guarantee you about zero kids will be able to relate.

Shamrock went on to say that White is an example of the bullying epidemic that is a current topic of national attention.

“My comments in reply to Mr. White’s insulting tirade is that mixed martial arts breeds confidence, builds character and creates strong diverse communities whose foundation is honor, respect and discipline, and Dana White, I refuse to be bullied by you, and further, I respect a man who truthfully stands up and fights for his family with honor,” he wrote.

“Anytime you want to become a real man and not a bully, you let me know,” he continued. “I would [be] happy to oblige you with [a] personal introduction to Shamrock MMA.”

Maybe I’m missing something, but Shamrock doesn’t work for White, and on top of that, it was Shamrock who first stated that White was the main reason MMA was not legal in New York. This whole anti-bullying thing just seems bizarre and as far as I can tell, Shamrock’s involvement in it only began after his recent confrontation with White.

2 thoughts on “Frank Shamrock: “I was bullied for telling the truth””