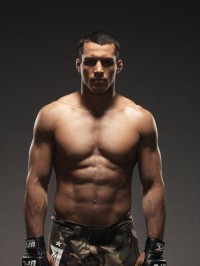 “M-1 Global is excited to have Magalhaes participating in our 2010 close-out event,” says Evgeni Kogan, Director of Operations for M-1 Global. “Vinny brings an unparalleled element to mixed martial arts in Europe. His submission skills are unlike anything the Russians have seen and this will be a considerable test for Magomedov.”

· Additional bouts to be announced

Free broadcast coverage of the entire M-1 Challenge XXII event will be available live to viewers worldwide on www.M-1Global.com.

To receive the iframe embedding code to air the event, please email Eric Nicholl at ericnicholl.M1@gmail.com or ericnicholl1977@hotmail.com for more information.

With M-1 Challenge champions established in all five weight classes, a true contenders system will fuel events throughout 2011, driving M-1 Global’s growth as a leading brand in the US and international markets.

2011 includes a full slate of M-1 Challenge events held in the United States and Europe. These are the mega-event spectaculars where Champions defend their titles and contenders jockey for position. Feeding the contention system will be two Selection tournaments in 2011 with details being announced shortly.

Go to www.M-1Global..com for additional information.