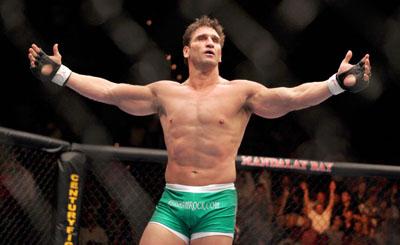 MMA pioneer Ken Shamrock will continue his career against Mike Bourke. The two will meet on King of the Cage’s first-ever card on the African continent.

King of the Cage “Platinum” takes place on Nov. 25 at the Durban International Convention Centre in Durban, South Africa.

Shamrock made his MMA debut way back in 1993. He won his first four fights before running into Royce Gracie in the semifinals of UFC 1. He holds victories over Bas Rutten, Dan Severn and Masakatsu Funaki. He held both the King of Pancrase title and the UFC Superfight title – a precursor to the UFC heavyweight title.

Since 2002, he is only 3-8. His two wins have come over Kimo Leopoldo and Ross Clifton. After defeating Clifton in 2009, he tested positive for a banned substance and was suspended. He returned in july against Pedro Rizzo. Rizzo used a series of leg kicks to take the first-round technical knock out.

Pride veteran Bourke has also fallen on hard times in MMA. He is 1-12 since 2002. In his last fight, Jason Lane stopped him in only 46 seconds.